Clump #44:  Give away cushions and throw away bags.

Thank you to Jimi Hendrix and the song Purple Haze for the title of this post.  Another day of confronting a clump of stuff that had been moved out of my father’s last apartment into one of our rooms.  This room, the study, has become a black hole, sucking in all manner of clutter. (Ahem, I, of course, have had nothing at all to do with it.)

First, something I should have done long ago.  These bags were from the funeral home we used when my father passed away last year. Today I gave myself permission to throw them away, not give them away.  What a relief. 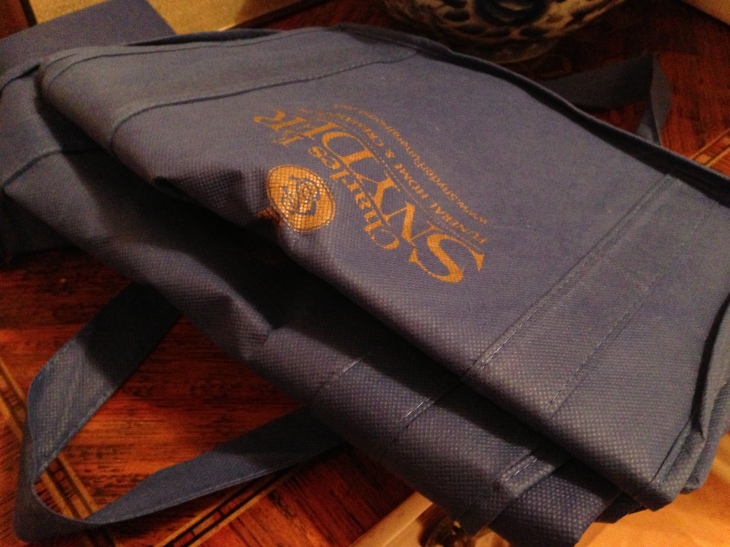 Next, I put together an assortment of pillows to give away.  I’d given the one with needlepointed pansies to my mom at some point.  She has always been a big fan of pansies and often remarked about how much she liked it.  I will bring it back to her.

My mom’s affection for pansies must have rubbed off on me.  I took this photo of two of them with a petunia during pansy season this spring. (Doesn’t the one on the right look like a cat face?) 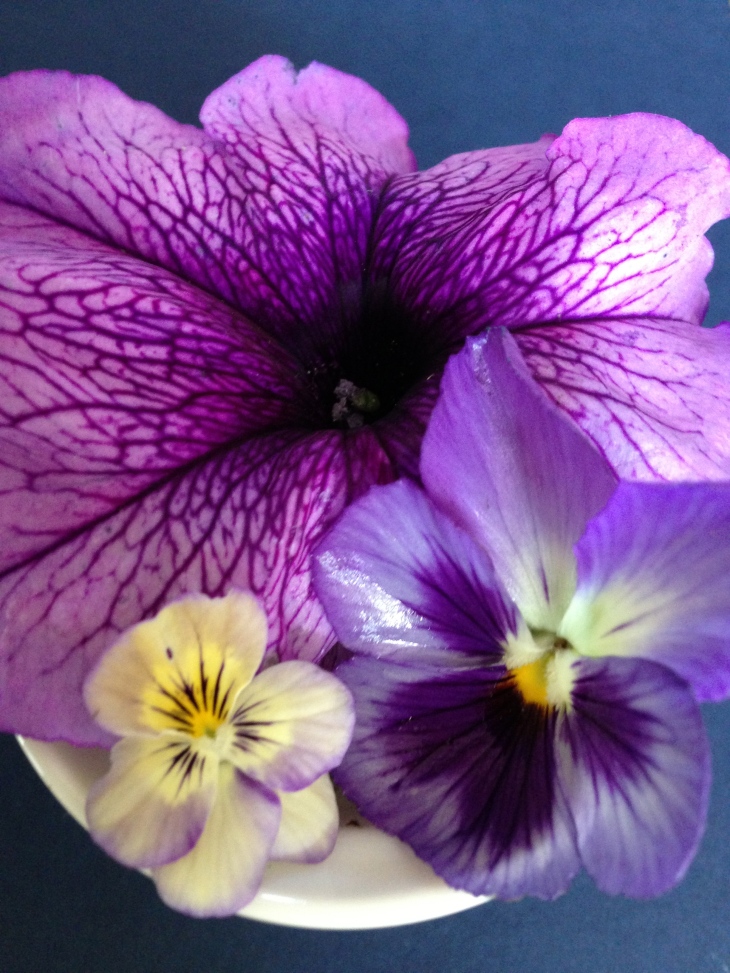 Perhaps I had pillows on the brain, but I couldn’t get over the sky today … like thick down.  I almost wanted to stop people on the street and exclaim about it.  Magnificent.  I guess I did need to get out!