Oh dear!  I thought I was back over a month ago.  Turns out, the hazy, lazy days of summer made it irresistible to take a blogging break.  Can I claim busyness and laziness as excuses?   The resulting build-up of clutter in areas I had previously vanquished is now annoying and discouraging, not to mention downright embarrassing.  Oh, and I forgot: I was really going to try to be more accepting of myself.

It occurred to me this morning that I should start another 30-day challenge.  Two of my husband’s sisters will be visiting in September, which is a wonderful thing.  I blithely thought, “I’ll just start the challenge a month before their arrival date.” Then I realized … uhhh … that would be TODAY.  Nothing like a deadline to snap me out of this rudderless-boat-in-the-middle-of-a-bank-of-fog world I’ve been inhabiting.  I’ve had a particularly bad time with calendars ever since my surgery. I’m afraid the surgeon mistakenly took the calendar-awareness part of my brain out by mistake.

As they say, a picture is worth a thousand words:

I had meant to jot down an appointment, and instead this, above, actually happened.  We wouldn’t want to forget that it’s June 11th on June 11th!  (Help me!)

For those very precious longtime readers of the blog, you might remember a certain struggle with a very large clump of ironing in days of yore.  Well … laundry mountain rose once again:

To get myself moving, I watched a favorite ironing movie while I worked, “Sense and Sensibility,” starring Emma Thompson and Kate Winslet. Nothing like a Jane Austen story to sooth the raging clump devouring our chair, clothing, and peace of mind. Something was wrong with the movie player/television (????) (technophobe alert!), and for some reason I could only get it to play in black and white.  I ended up really enjoying it, though.  The images of Regency England costumes and countryside were elegant in two colors.

“Judy, dearest, how long has it truly been since you put iron to cloth?”

I’m always tickled by the look of despair on the faces of this family upon first sight of the house that represents their reduced circumstances: 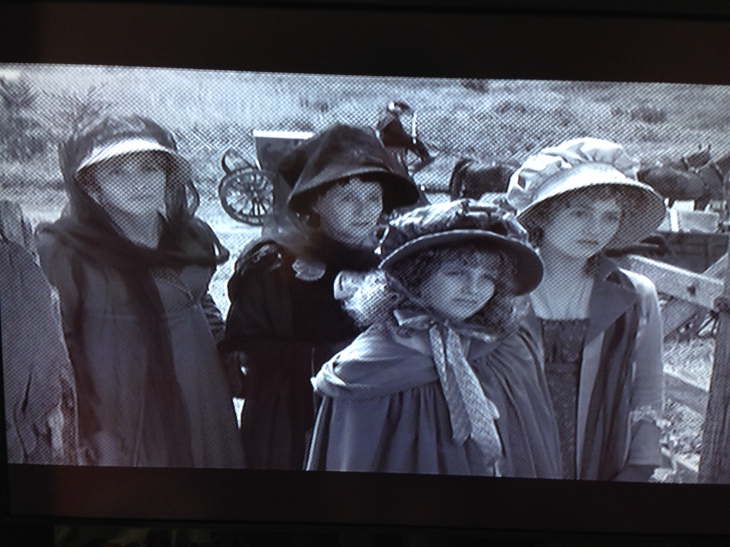 Such a terrible pity!  Such a hovel!  The inhumanity!

At least they could still employ two servants… 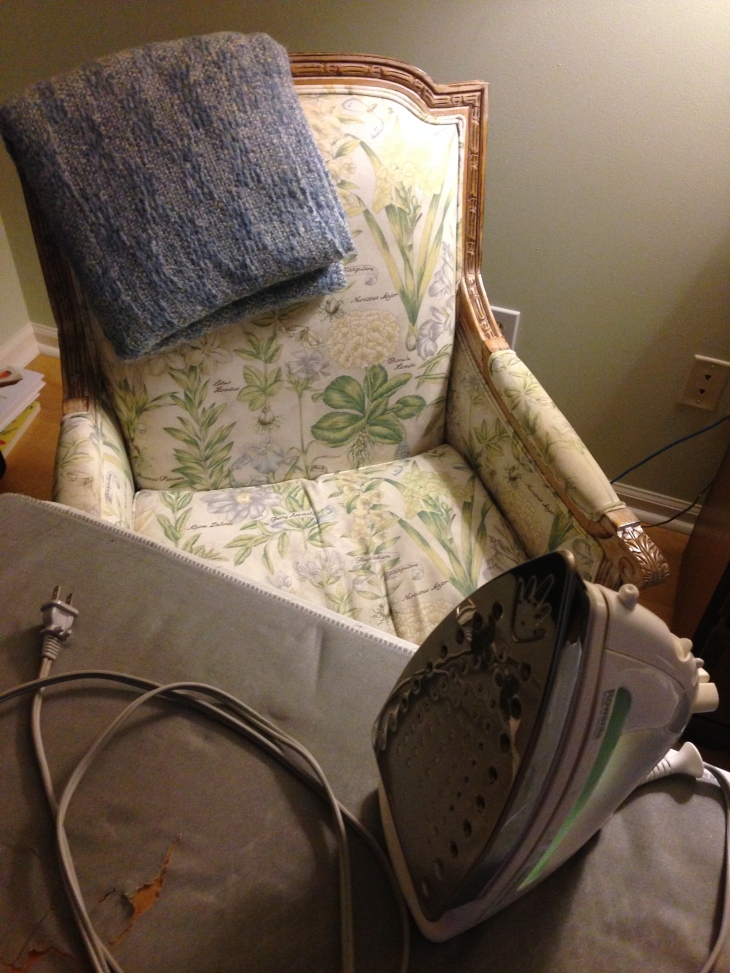 who, presumably, did their ironing.