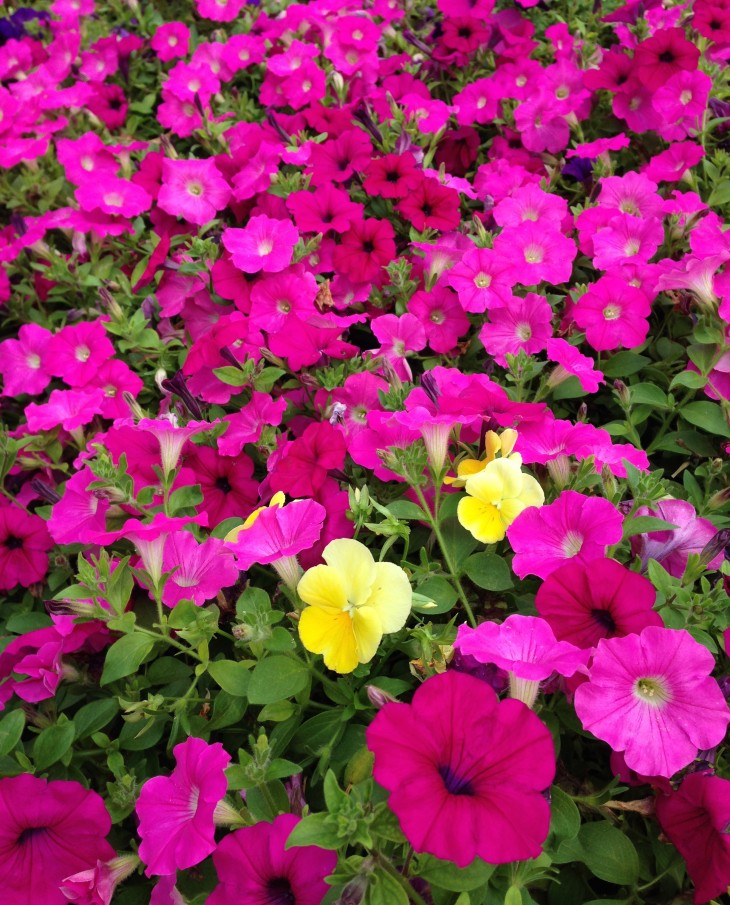 Okay, enough with the basement clumps … for now.  While we were staring down monsters from the depths, our actual living space has become atrocious.

I’ve experienced a surprising behavior change since my surgery in May: a decrease in television watching (to almost none) and in newspaper reading.  For anyone who knows me well, this is shocking.  I find I don’t want to get wrapped up in all the negativity and brought down by the junk.  I really don’t want to hear about Iraq, Gaza, the President, Congress, or any of the other cast of characters I used to closely follow as my favorite soap opera.  You might accuse me of being superficial or not caring about the world’s problems, and you might be right.  I can’t seem to get out of my protective bubble.  In the meantime, the pile of newspapers continues to accumulate, like weeds or dust.  It has been a clump I never have enough time to take care of in a day, so I started with just one stack.  Why not toss them all out, sight unseen?  I still have a need to scan through and find those gems that, for me, make the whole enterprise worthwhile.

Here’s a great example: today I read an article that filled me with hope. A team from Philadelphia, the Taney Dragons, is in the Little League World Series, which is exciting enough.  And like the lone pansy in a field of petunias, above (sorry, I’ll do anything to include one of my flower photos), their ace pitcher is a girl in a “boy’s field.”  Mo’ne Davis, below (next to a dour Meryl Streep in an unflattering wig), certainly gives lie to the taunt, “You throw like a girl.”

Excerpts from the article: “Tai Shanahan, one of the team’s outfielders, said she ‘is one of the guys that just happens to be a girl.’  Davis said her teammates’ acceptance of her as a girl player ‘makes me cry.’ ‘Just kidding,’ said Davis. ‘I don’t really feel anything.'” …

“Mo’ne has to ride an hour and 20 minutes on the bus each way to from her home in South Philadelphia to Springside Chestnut Hill Academy in Chestnut Hill, where she has been given a generous scholarship and received an award for academic achievement. ‘She is the leader without trying,’ Bandura [her coach] said.'”

Well … the uplifting story does not balance out the one below it about Ferguson, but it helped.  Here’s the first clump (looks bigger in person–really):