So, first off, the marshmallows caught on fire. Funny, now, though not at the time; the parchment paper had been too close to the heating element in the oven.  Oops!  Take two. 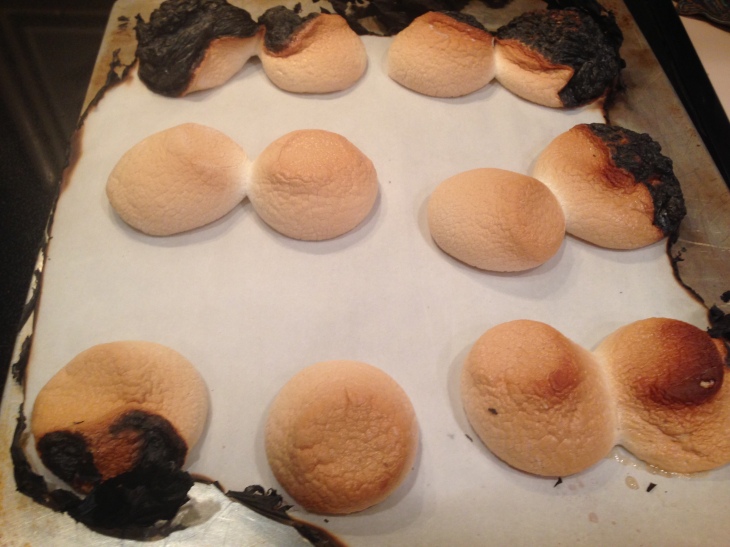 The chocolate part of the s’more cupcake called for chocolate ganache, which I had never made before.  Wow.  Cream and really good chocolate.  How can you go wrong?

I used about a tablespoon on each cupcake and spread it out from the center. 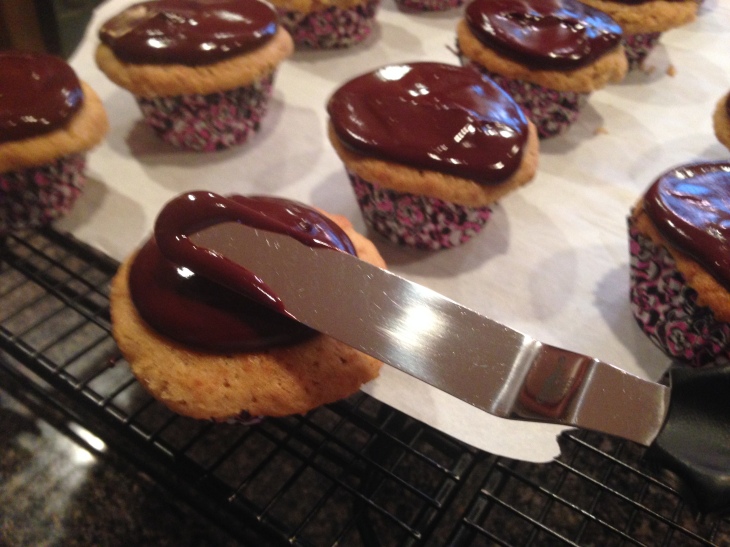 After it had set, it was a cinch to wrap … usually a challenge with frosted cupcakes.  Fall Festival, here they come!

I was missing our younger daughter, the queen of chocolate ganache and other culinary wonders, but this year our older daughter flew in for the festival. She played the bride in an annual reenactment of the first wedding in our meetinghouse, held in the eighteenth century.  I played the mother of the groom: