Okay, another victory against the white blight in our house today.  Clearly, it’s been a long time since I’ve felt up to tackling a stack of health expense statements:

I shredded anything from before 2012, then filed, in chronological order, anything after.  I don’t think a single 2013 statement had reached the folder until today:

I was in the midst of this boring, but strangely satisfying job, when I heard  Unworthy, by Cheryl Wheeler.  The comic song consists of a litany of  guilty “shoulds,” and the conclusion that “I’m unworthy.”  Priceless.

The song certainly captured my mental state for much of the day.  I had signed on to provide rice for 30-35 people as a part of a Salvation Army dinner coordinated by a member of our Quaker Meeting.  And then the reality hit me.  You can easily ruin rice … so often either too crunchy or a gluey mess.  And that’s in normal quantities. I spent way too much time Googling “rice for a crowd” and other similar prompts.

I ended up with this recipe for fool-proof oven-baked brown rice from a blog called One Good Thing by Jillee.  I made myself crazy worrying about whether it would work as well with aluminum foil pans.  And would cooking three pans at one time throw it off?  I had neither the time nor the nine cups of rice to start over again.  In short, I was feeling unworthy to the task.  But it turned out perfectly!  I would highly recommend the method.  One good thing, indeed! 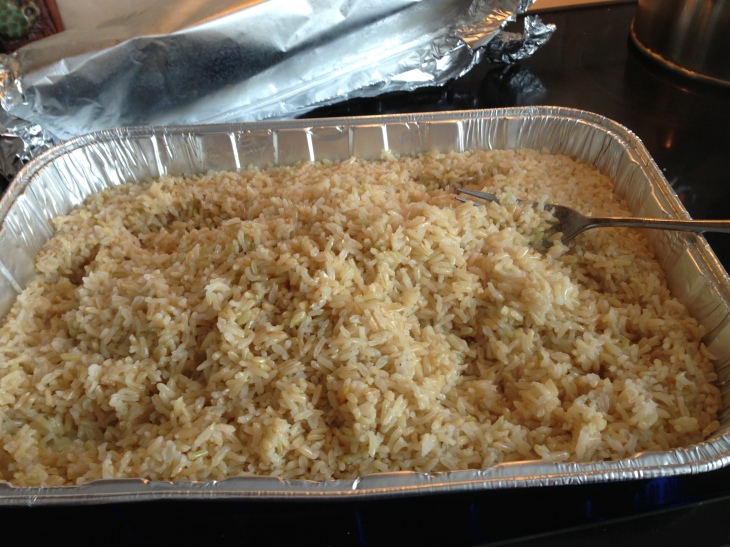 I promised yesterday to post color-infused pictures to combat winter and paper white-fatigue.

At another three hour watercolor class at Longwood Gardens today, I was immersed in the mixing of colors … and felt like a blooming idiot (unworthiness strikes again).  I will not post photos of those colors, but of flowers from a recent visit to Longwood’s conservatory:

A selection of purpley-pink and green.  How’s this for color? 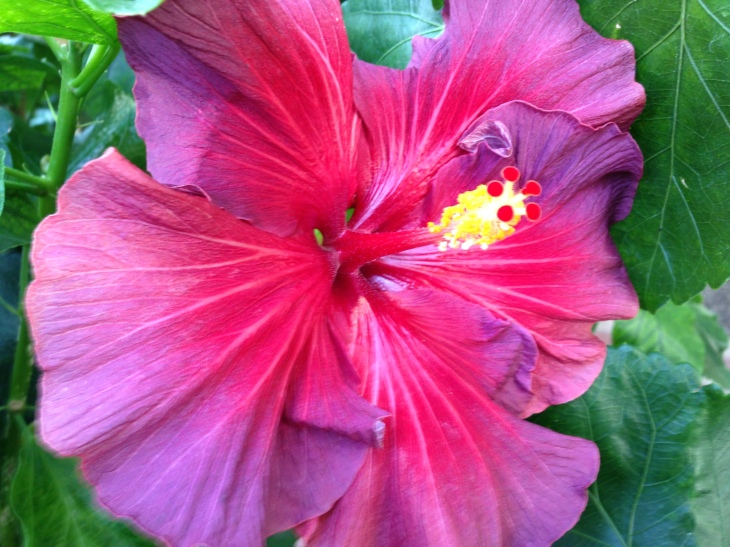 Hibiscus, the ultimate “come-hither” siren of the plant world: 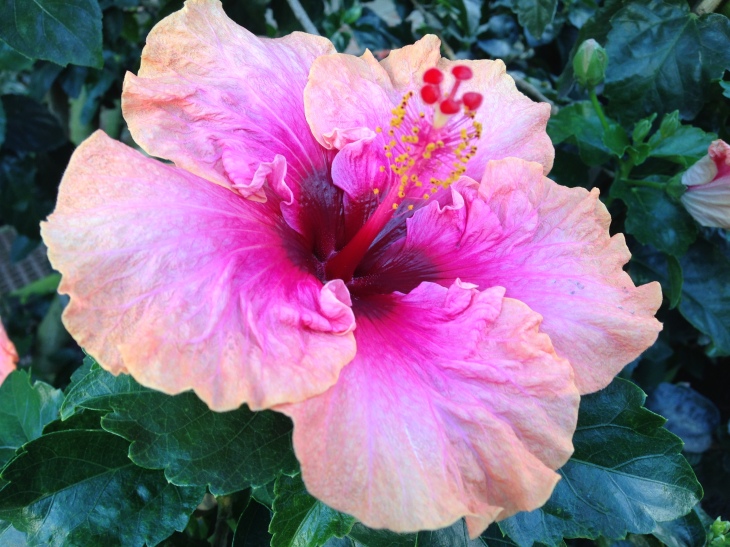 I couldn’t get over the leaves on/near this anthurium, looking like shadows, or imitations, of other leaves:

Longwood Gardens holds an “Orchid Extravaganza” every year at this time, but we were a little early for the extravaganza.  These were from their every day collection: 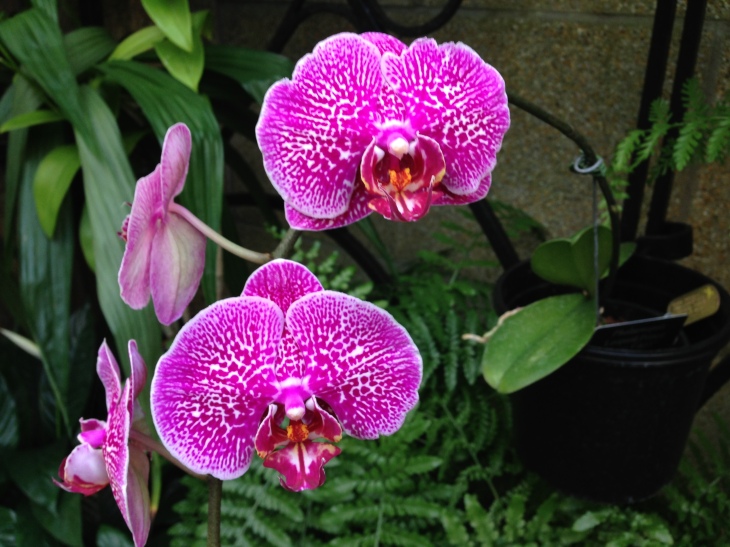 Ordinary orchids?  I think not. 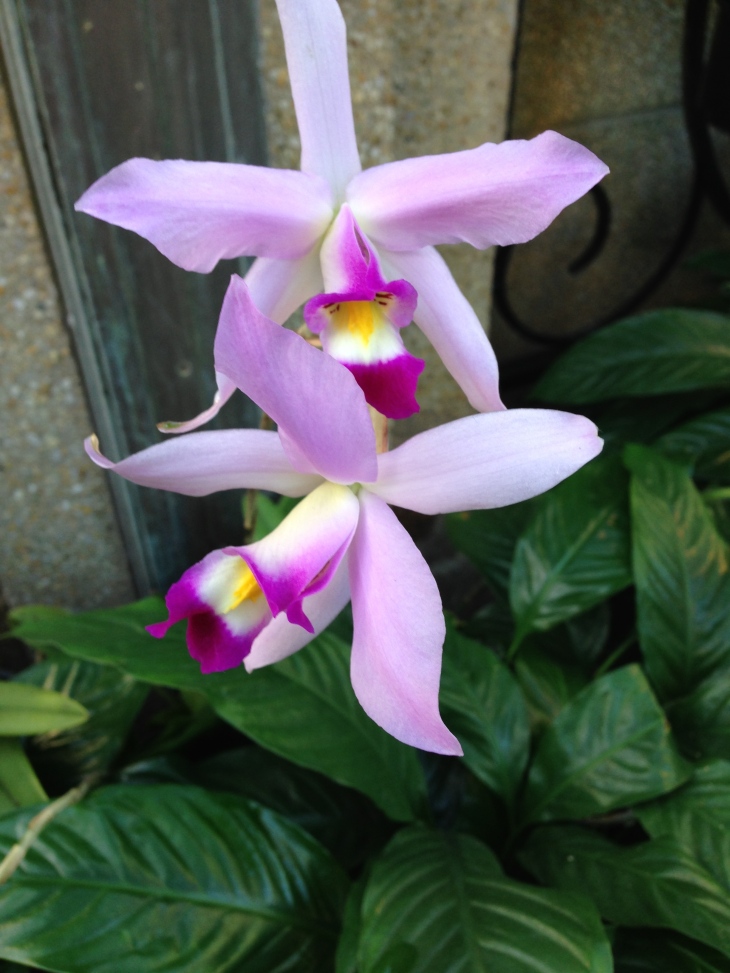