Clump #233: Clear and clean downstairs for neighborhood meeting; day 29 of the 30-day challenge … almost there!

Anxiety Alert!  Today I had to get the house in shape for a neighborhood meeting, which was also a good kickstart to prepare for the visit of the Aunties (two of my husband’s sisters).  I will not post before and after photos of our house.  Suffice it to say it was a fairly dramatic change.  I’ll substitute before and after pictures I took this past weekend on a garden tour.  The photo below (held down with a nut?) was taken two weeks before the garden tour and displayed by the owners for all to see:

This was the way the garden looked the day of the the tour: 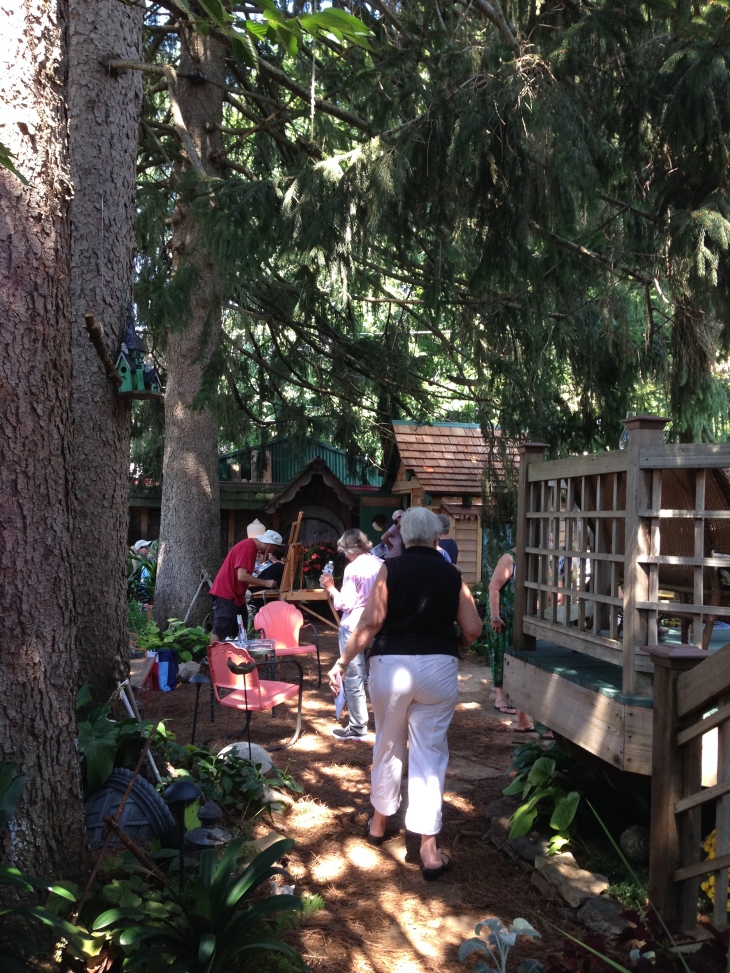 Kindred spirits like me, they obviously needed a deadline to get motivated.  Below, their charming water feature: 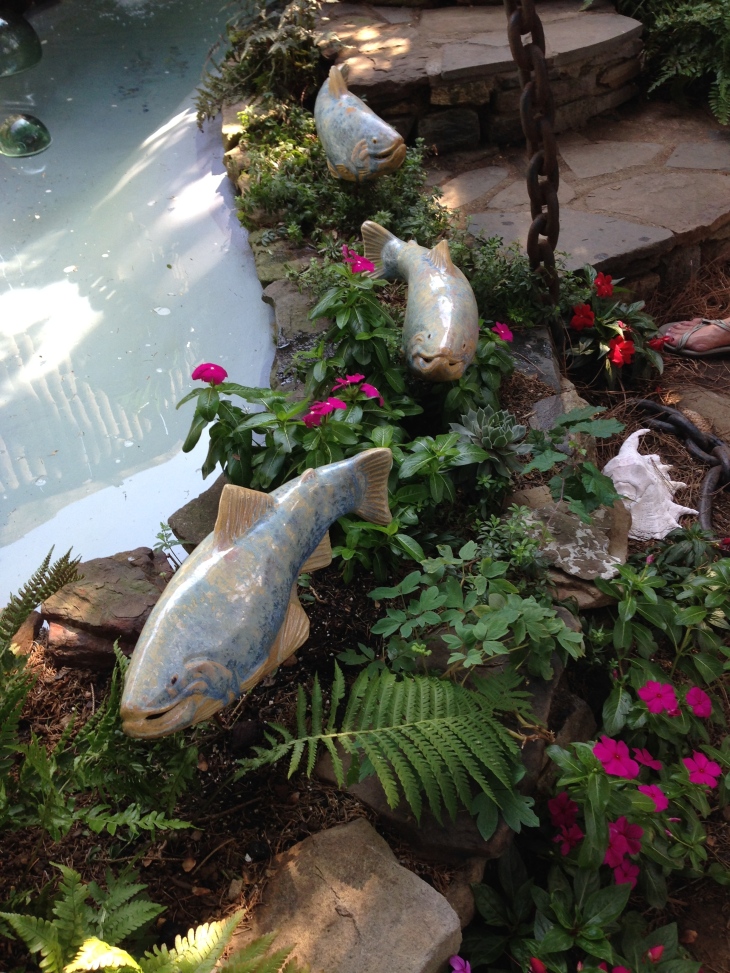 I did a lot of thinking about the unrealistic expectations I set for myself/my house when company comes.  I kept trying to remember that the most important aspect of having guests over is my own state of mind.  Who wants to be with someone all stressed out and frazzled? Anxiety is a bad hostess vibe with which to infuse an occasion.  I will never be Martha Stewart.  HA-ha-ha!  Something anyone who has ever read this blog does not need to be told!

There was one Martha-like garden on the tour: 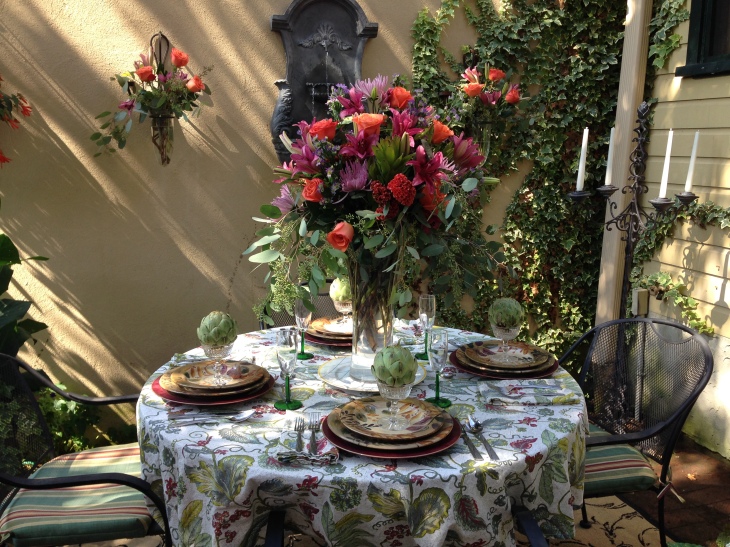 So much “wow” packed into a relatively small space.

I must tell myself that such perfection is not in my nature.  It would make me way too cranky to bear!

The rest of the title: “Makes the Pie Crust Go Down!” (Sorry.)   I’ve adopted Cook’s Illustrated‘s Foolproof Pie Dough recipe, which makes use of vodka because, as the illustrious cooks say, “Pie dough gets structure from gluten, long chains of protein that form when flour mixes with water.  But too much gluten will make pie dough tough. … We discovered that vodka let us add more liquid (so the dough is easy to roll out) without toughening the crust.” The 40 percent ethanol in vodka is the element that does not form gluten.  So now you know!  Here is a link to the recipe.  Last year’s pie crusts, made with this method, got rave reviews.

Happiness is … having disks of pie dough nestled in the refrigerator:

Peanuts on the brain.  It might be all the A Charlie Brown Christmas soundtrack listening I’ve been doing …

I was cleaning up a storm today, and the astute comment I received on yesterday’s post really hit home: “‘Just getting started is sometimes the hardest part of the job’ … and sometimes recognizing when to stop is even harder” …  I mentioned yesterday that having more time for cleaning this year, by starting earlier, allowed me to do a more thorough job.  Today I was obsessing over so many things, I felt I could have kept cleaning for an eternity and a half.  Maybe that’s one reason I leave things to the last minute?  At least under the crunch of a short deadline, I’m forced to stop.   I found myself saying, “I’ll never be Martha Stewart!”  (Anyone who read yesterday’s housekeeping confessionals would say, “You ain’t kidding!”)  But I’m surprisingly okay with that. And then Peanuts and Martha Stewart came together.  (What?  Stay with me.)

I was trying to decide whether or not to order a set of pajamas, with Peanuts characters on the pants, from The Vermont Country Store. I couldn’t tell whether “Pig-Pen” (our son’s favorite) was one of the characters on the fabric, which would have made the decision easy. So I checked the company website.

On the homepage I found a video featuring Martha Stewart, who had filmed a segment on the store for her show. It’s worth watching if only to see a vintage commercial for Lifebuoy Soap, starring Martha at fifteen years old, playing a busy, active, odor-proof wife!  Amazing. No Pig-Pen, but the video did make me want to patronize the company.

I guess Pig-Pen might be a candidate for Lifebuoy soap, but he is okay with his less than sterling hygiene, too.  In searching out “Happiness is …” images I had fun rereading the different definitions (… a stack of comic books … a smooth side walk … a sad song … eighteen different colors … a pile of leaves… and, of course, … a warm blanket).

Let me add, Happiness is a tree waving hello through the window.