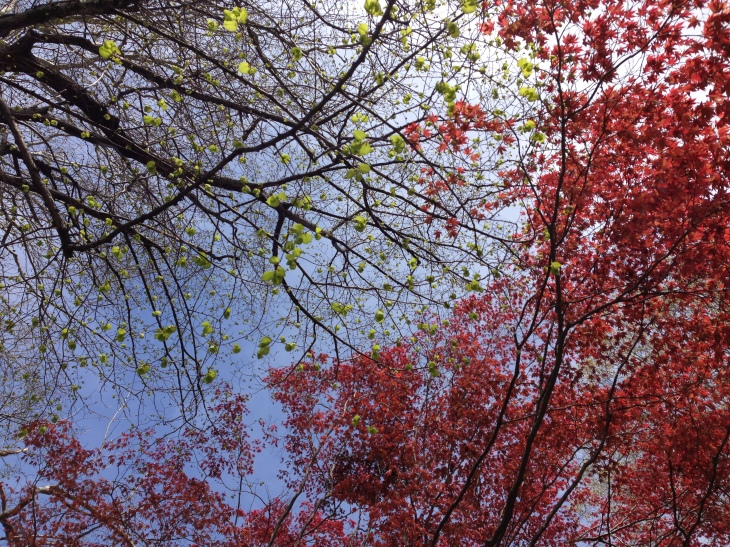 To those wondering where I have been this week, after all my trumpeting about 30-clumps and 30-posts, I fell shy of my goal the last two days of the challenge.  I ended up in the emergency room with severe stomach pains Tuesday, and after a few days of pain management and becoming fused to our couch, I am better.  Without going into TMI territory, I’ll just say it is something fixable.

Even still, I will be taking a two week break from Clump A Day.  Thank you for your support and energy that have kept me going.  I look forward to getting back on track!

I’ll leave you with an excerpt from The Week magazine, that itself was an excerpt from an article that originally appeared in Slate.com, entitled Skiing with the Dalai Lama.  I’ve been turning it over in my head since I read it.  The author relates his experience in the mid ’80’s when the Dalai Lama visited Santa Fe, New Mexico, and he served as his press secretary.  After a trip up a ski lift after the Dalai Lama expressed a desire to see skiing, the party went back to the lodge.  A waitress there sat down and asked the Dalai Lama:

She spoke with complete seriousness.  “What is the meaning of life?”

In my entire week with the Dalai Lama, every conceivable question had been asked–except this one.  People had been afraid to ask the one–the really big–question.  There was a brief, stunned silence.

The Dalai Lama answered immediately.  “The meaning of life is happiness.”  He raised his finger, leaning forward, focusing on her as if she were the only person in the world.  “Hard question is not, ‘What is meaning of life?’  That easy question to answer!  No, hard question is what make happiness.  Money?  Big house?  Accomplishment?  Friends?  Or…”  He paused.  “Compassion and good heart?  This is question all human beings must try to answer:  What make true happiness?”  He gave this last question a peculiar emphasis and then fell silent, gazing at her with a smile.

“Thank you, she said, “thank you.”  She got up and finished stacking the dirty dishes and cups, and took them away.