Clump #123: Put up pine rope for outside decoration.

The bad news is: I procrastinated buying and stringing up pine roping outside our house until today.  The good news: at this late date it was forty percent off, not to mention that we’re suddenly experiencing springlike weather.   I added some bright, shiny things to this wreath, otherwise it disappears on the black door. 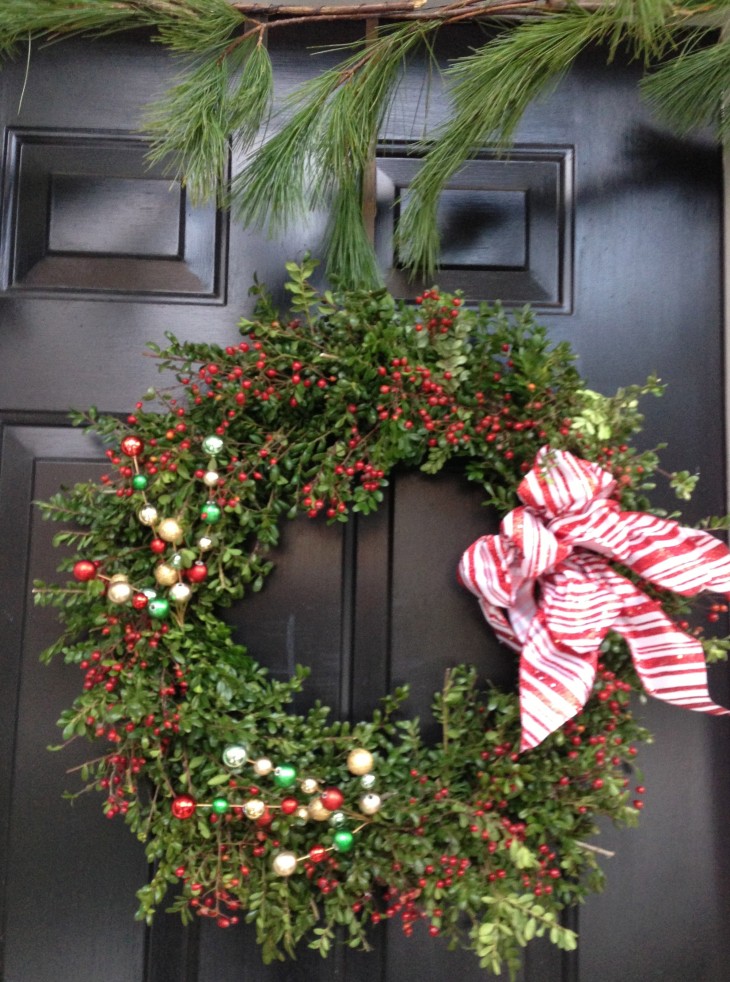 Melting snow and a driveway with a bit of a drainage problem:

Speaking of melting snow, my younger daughter and I tried and failed to go to a sing-along version of the movie White Christmas today; it was sold out.  Waaah.  The movie is about characters who go to Vermont expecting a winter play land, but find a green landscape devoid of snow … and a little romance. Previously, when I wrote about the movie Holiday Inn, I learned that White Christmas was supposed to be kind of a remake of Holiday Inn, with the same male stars, Bing Crosby and Fred Astaire.  Apparently Fred Astaire passed on the role, so they offered it to Donald O’Connor, who got injured before filming.  Funny to think that Danny Kaye was the third choice, and hard to imagine anyone else in the role.

Vera-Ellen (who played Judy) was anorexic before there was a name or cure for it. It’s a bit painful to see her minuscule waist, like a living Barbie doll.  No one thought there was something wrong?  Ironic that so much dialog in the film revolves around what and how much Betty (Rosemary Clooney) should eat, forcing her to say, “Why is everyone so concerned about my eating habits?” 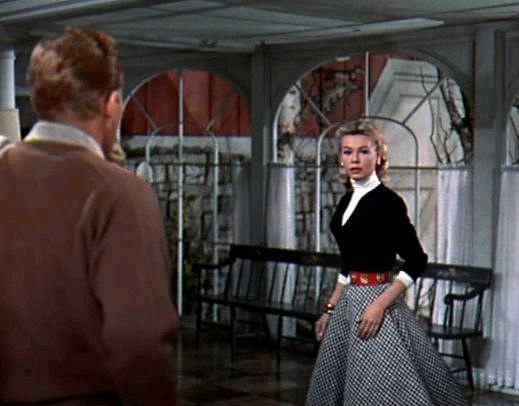 As one of four sisters, this scene has special meaning for me.  “Sisters, sisters, there were never such devoted sisters…”

Here are some mysteries that someone who has seen the movie a quadrillion times might ponder:  1)  The coffee pot, back-stage, suddenly apparates  in Judy’s hand after she just put it down.   2) Why in heaven’s name doesn’t Betty tell Bob (Bing Crosby) what’s bothering her?  All she can come up with is “I mean that you shouldn’t mix fairy tales with liverwurst and buttermilk.”   3) At the finale, when snow finally falls at just the perfect moment, the candles on the General’s cake relight themselves after he had just blown them out.  4)  And the big mystery for all time:  Who ever thought up the line, delivered by the blonde bombshell (“Mutual, I’m Shuah”), “Well, I like that!  Without so much as a kiss my foot or haave an apple!” …