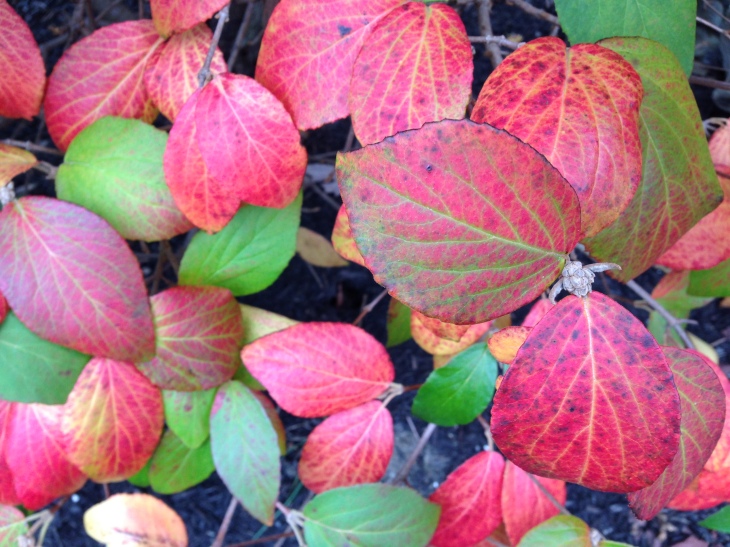 I was trying to remember the song in the movie Mary Poppins where Mary (Julie Andrews) teaches Jane and Michael how to clean up their room by just snapping their fingers. It was A Spoonful of Sugar.  (Oh, Google, you know everything.)  “In every job that must be done there is an element of fun.  You find the fun aaand … SNAP… the job’s a game.” (What is it with Disney heroines cleaning and singing with birds?)

Well, let’s just say that my clumping is not normally a snap.  But today I started the project of clearing my husband’s and my bedroom. Anticipating the season of company-coming-cleaning, I decided to turn my attention to our own space, counter to my usual impulse.  Like the shoemaker’s children going barefoot, the housekeeper’s quarters are often the last priority. Clearing our bureau was much more of a snap than I anticipated, and I did find an element of fun in the job.  I’ll try to explain:

In the foreground is a soap-on-a-rope.  One year my older sister and I, both in a very punchy mood, were looking through a catalog and, for some reason, asked my husband whether he would like an extremely expensive soap-on-a-rope.  My husband retorted, “If I bought that, I’d be a dope-with-a-soap-on-a-rope.”  I’m sure it was a case of “you had to be there,” but my sister and I laughed until tears were streaming down our faces.  Last year I found this soap — not the same vendor, and very much marked down — and gave it to him as a gift.  Somehow it never made it into the bathroom.  But guess what now awaits him in the shower?

I also found a stash of magazine photos I had cut out quickly one day with my older daughter, with the intention of making a vision board.  You know, telling the universe what it is that you want in your life. 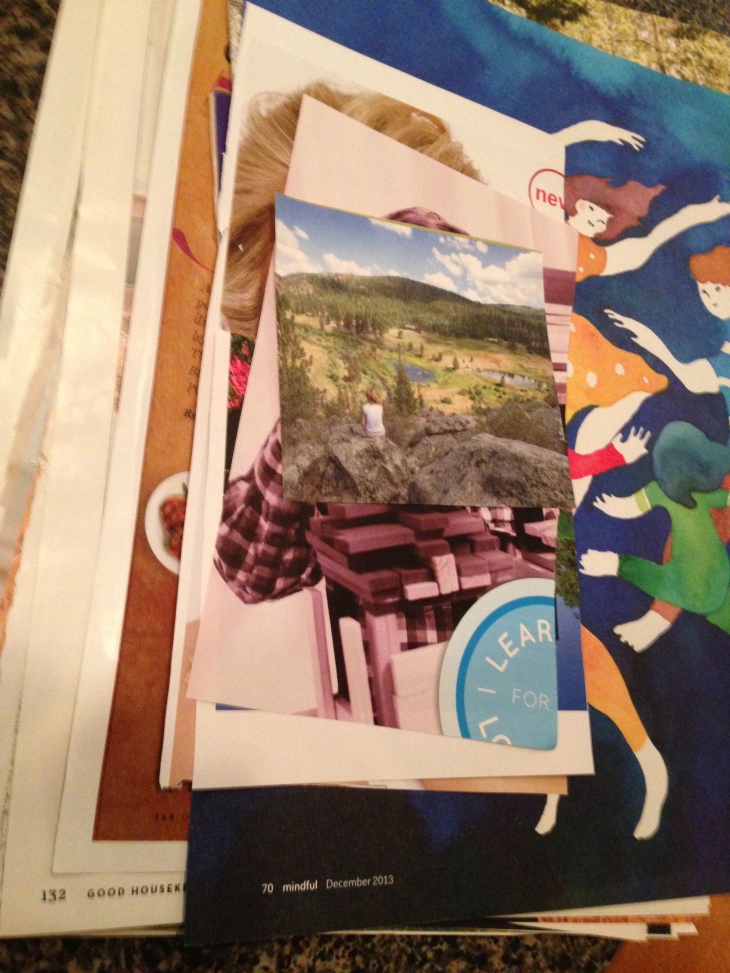 I obviously didn’t put a priority on doing it.  Since then, though, I found an old notebook with pictures I’d glued inside years ago of a home at the New Jersey shore.  This was the exact place my husband and two of his sisters and I rented in September.  Talk about a dream come true. 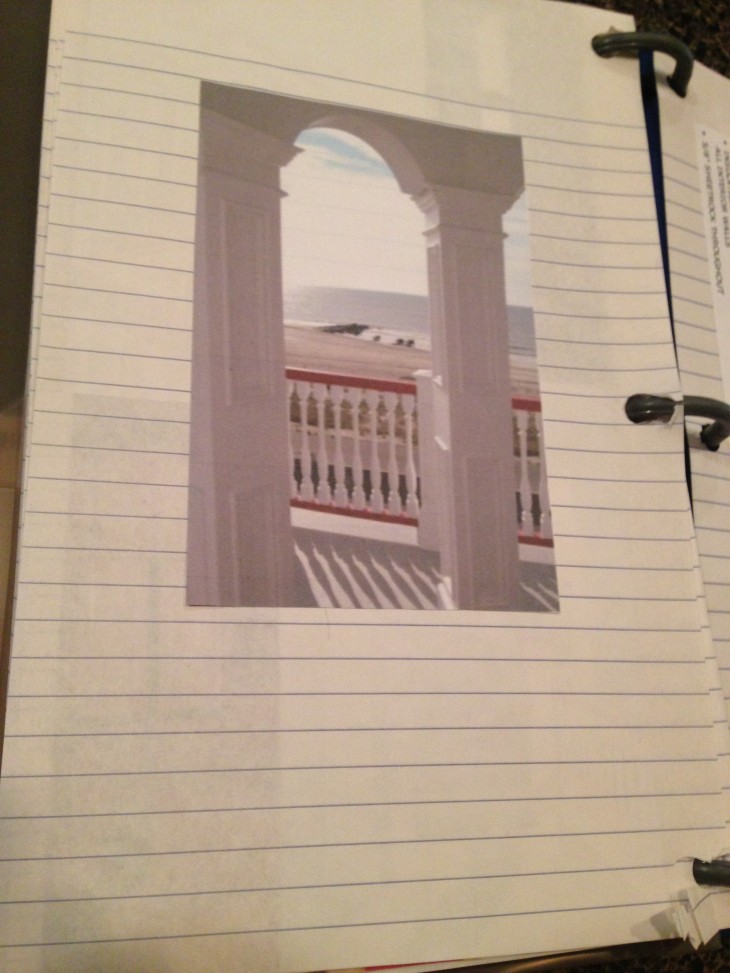 So, into the notebook go these photos, too.  Much of my wishing is about intangibles like health, love, harmony … and maybe tangible grandchildren.

When I blissfully revisited Mary Poppins to find the song, I picked up something I had never heard in all my many viewings.  At the end of “A Spoonful of Sugar,” Mary is ushering the children to an outing in the park. Michael whines, “I don’t want an outing, I want to tidy up the nursery again.”  To which Mary replies, “Enough is as good as a feast.”  Good thing to remember when wishing. 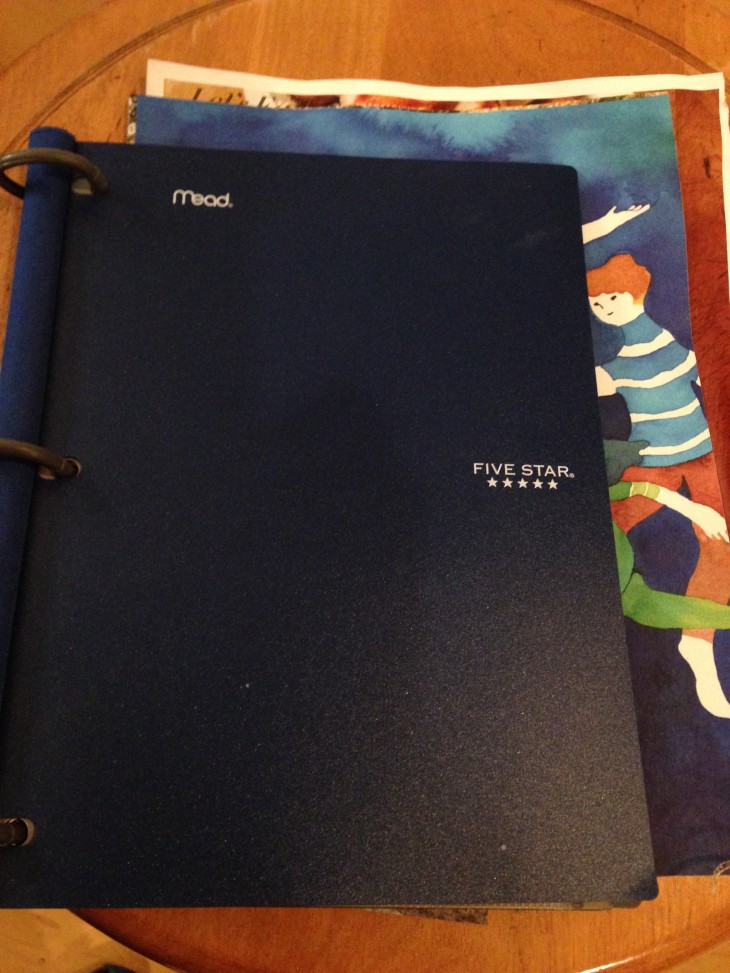 Before I knew it…SNAP…the job was done!  Spit spot. 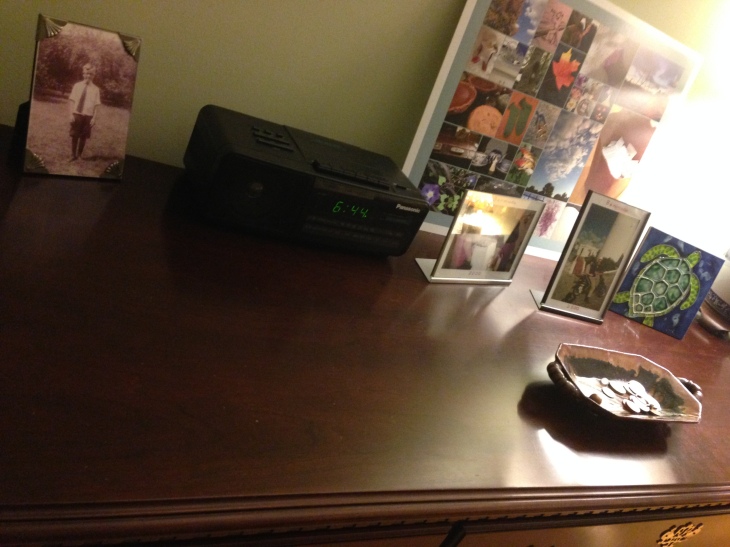 Even though, the motto of this blog is more like: 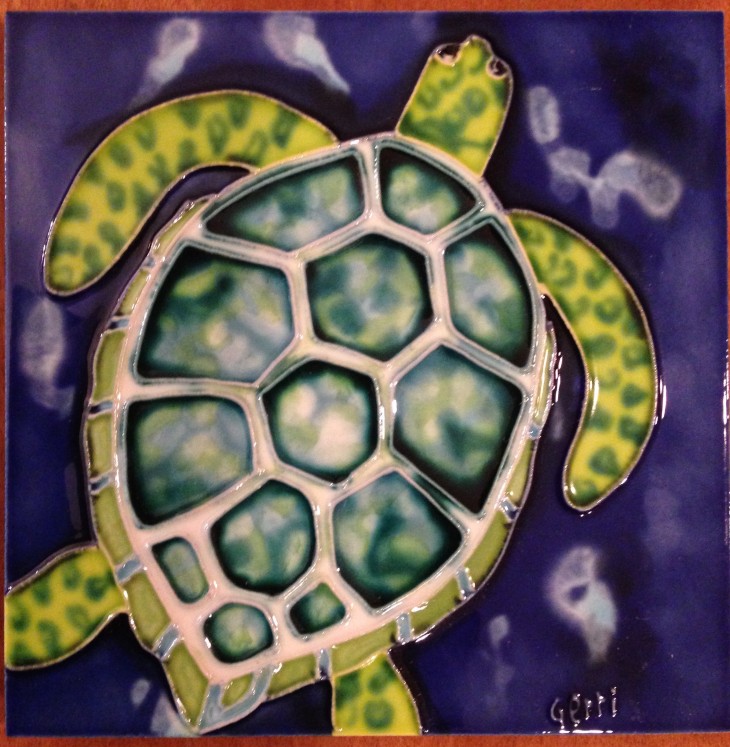 Slow and steady wins the race.

Loyal followers of this blog might have noticed that I’ve recently taken a sabbatical.  I went through a tough time helping my mom during a health scare; she is doing better.  My posts here are a sampling of my life and, though her condition does affect my life,  I really don’t want to make this a forum for updates on her status.  I also felt the need to quarantine myself from the world due to raging negativity.

It’s amazing how bad things breed bad things.  During an almost two-week span of driving back and forth to the hospital, our washing machine broke down and the kitchen faucet was leaking into the basement.  One morning I tried to turn on the radio/CD player in the kitchen and nothing happened.  A minor problem, and normally I’d have taken it in stride, but I had absolutely zero reserve of good will.  It was if a best friend was suddenly giving me the silent treatment. My husband said, “Well, we’ve had it for a long time …” which did not diminish my sense of betrayal.  Everything made me upset or angry, or both.  The music player turned out to be an easily fixed electrical snag; the bird dropping on the windshield, pictured below, was another story. (Imagine my fist shaking at the sky.)  With apologies to the movie Casablanca: 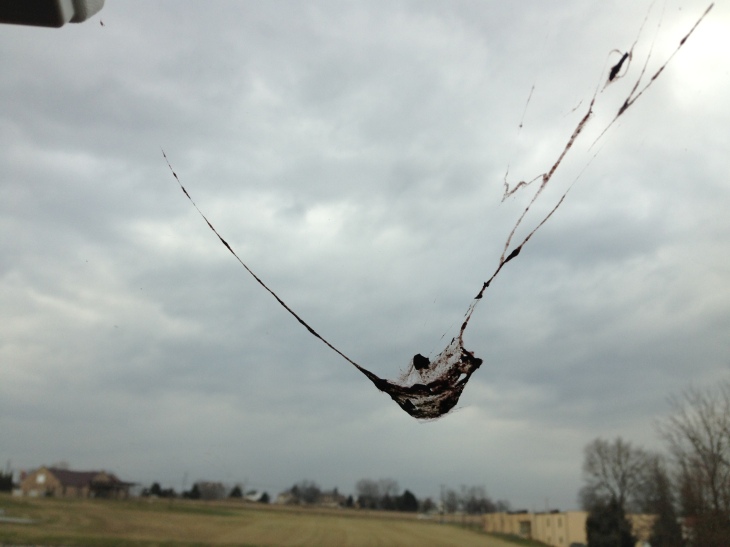 And then there was Steve.  The night I got that first dreaded phone call about my mom, my younger daughter was still at home on winter break from college.  Before I left in the middle of the night, our daughter alerted us to the fact that her pet hamster, Steve, was making funny noises and didn’t seem to be moving much.  After I came back the next day in a haze of despair, she broke the news that Steve had died.  Now, normally I tend to forget we even have a hamster in the house. He lived in our younger daughter’s room, and when she started college my husband had taken on the duty of hamster maintenance.  Steve lived twice as long as was predicted for a hamster. But the piling on of another sadness, even if small, felt oppressive.  Below, Steve in his prime, in the caring hands of my husband: 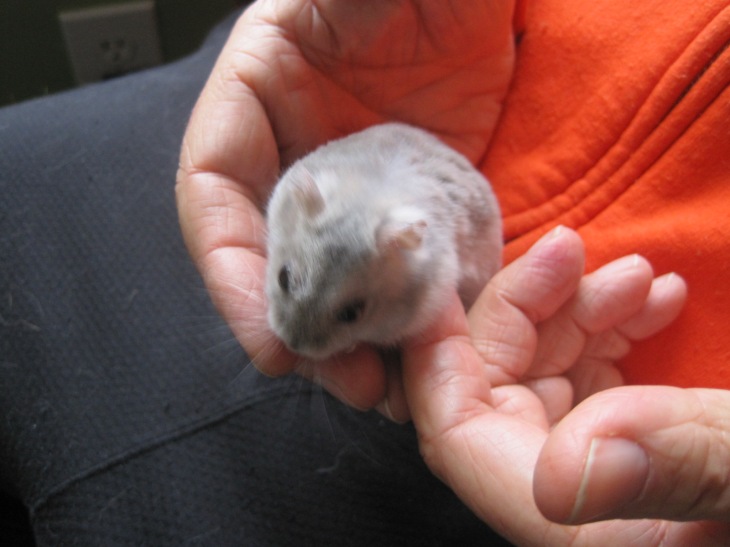 With sisters taking over watch of our mom’s condition, last week I took a previously planned trip to Chicago to visit my older daughter.  The warmth of sharing good times with her more than made up for the freakishly frigid temperature (just thinking about it makes me wince). 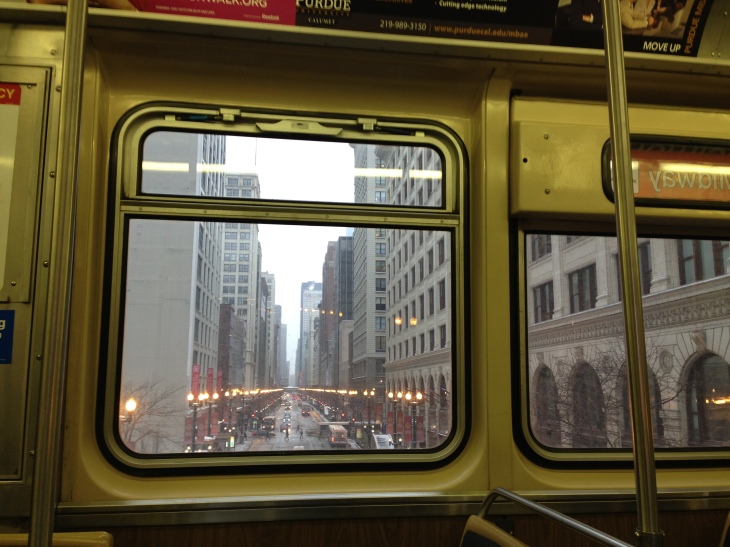 I brought along a ridiculous pile of — heavy — magazines.  Talk about excess baggage.  My daughter and I had fun collecting images for vision boards while clearing away a big clump.  I certainly needed a positive vision to set my mind to.  And leaving the discarded remains in a hotel recycling bin was very satisfying. 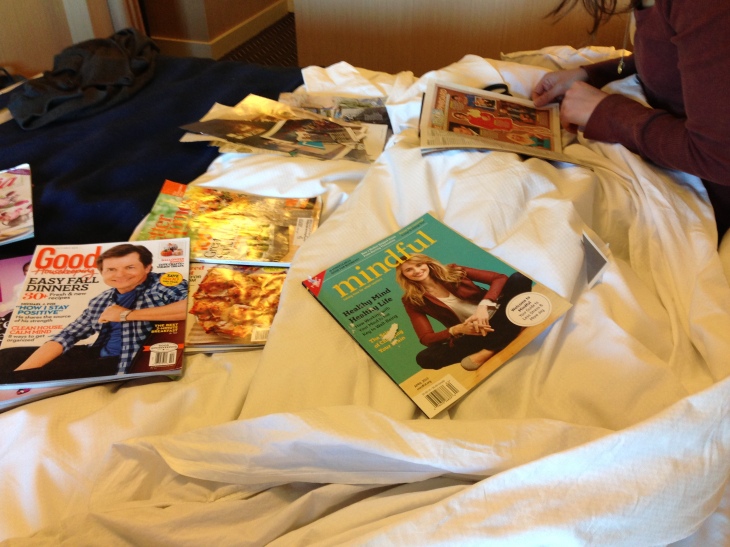 I just need to figure out how a vision of a bathroom like this: 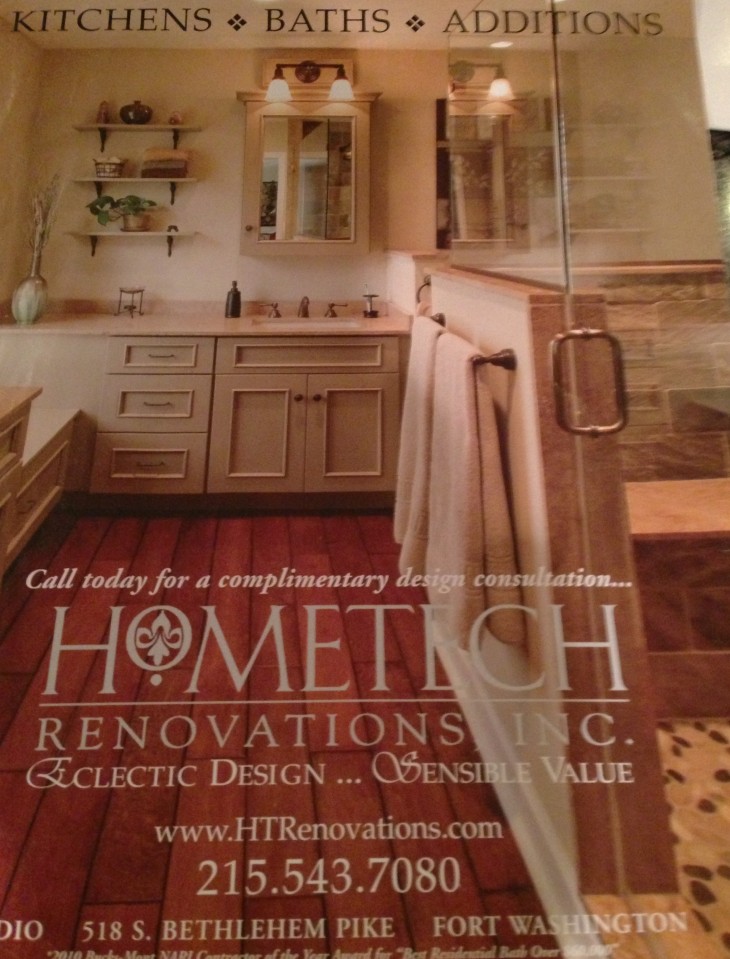 could fit in a cozy little house like this: 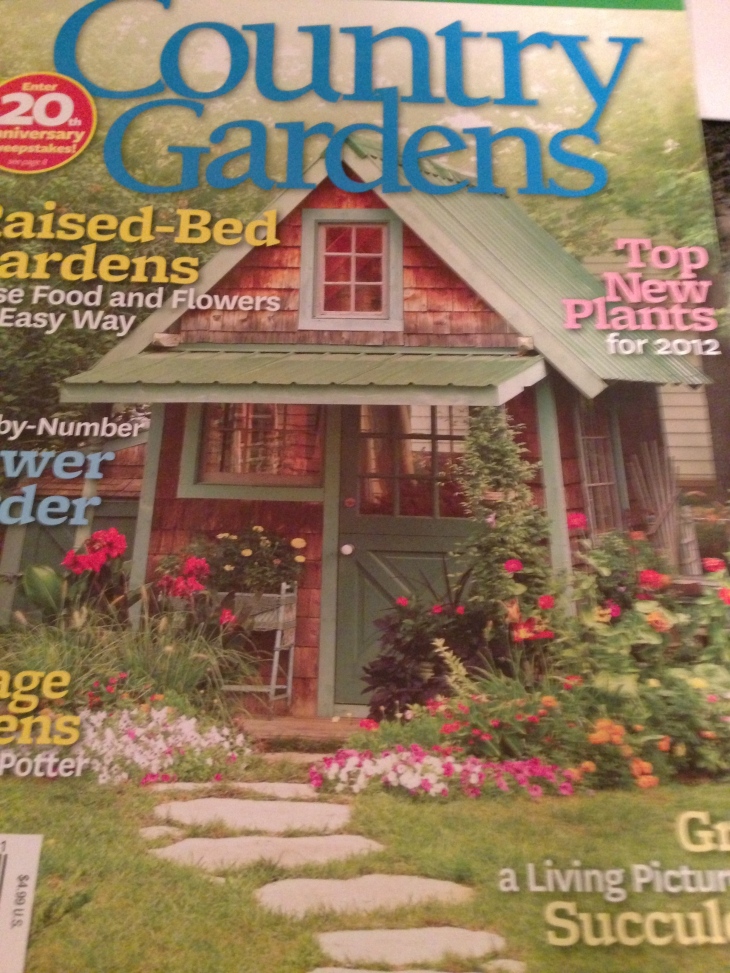 In the meantime, I will attempt to post every day in February.  My goal, or vision, is to purge the (too-often) previously-mentioned piles of paper — a traveling blight in/on our home.  Twenty-eight days.  Ready, set, go! 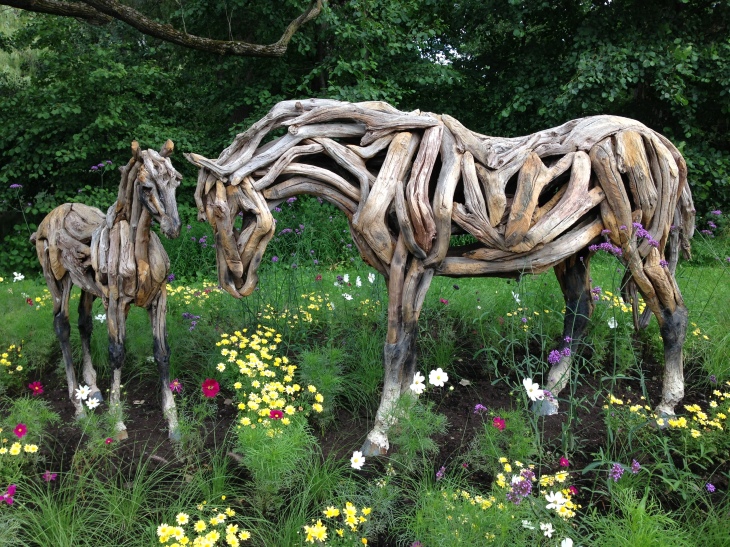 And Happy Chinese New Year!  The Year of The Horse.