My last post featured pictures of snow to cool down a bad heat wave.  Now, on September 1st, the unofficial end of summer, I have the urge to turn back the clock to a perfect spring day in order to start the warm weather all over again.   I can’t seem to get with the program.  My younger sister and I met in New York when the spring season was new, to share tea in the delightful Alice’s Tea Cup tea shop and restaurant.

We then walked by the Dakota Apartments (home of Yoko Ono and scene of John Lennon’s murder) to Strawberry Fields, a tribute to John Lennon and quiet-zone park.  My sister told me that a musician is always there busking, and sure enough, this musician was playing “Hey Jude” as we walked by.  How did he know my name is Judy?  Magical.

The focal point of the park is this mosaic.  I took a photo quickly, as many people wanted to do the same.

Our magical mystery tour (sorry, couldn’t help myself) continued through Central Park to witness the glories of nature within a teaming city.  A white egret? 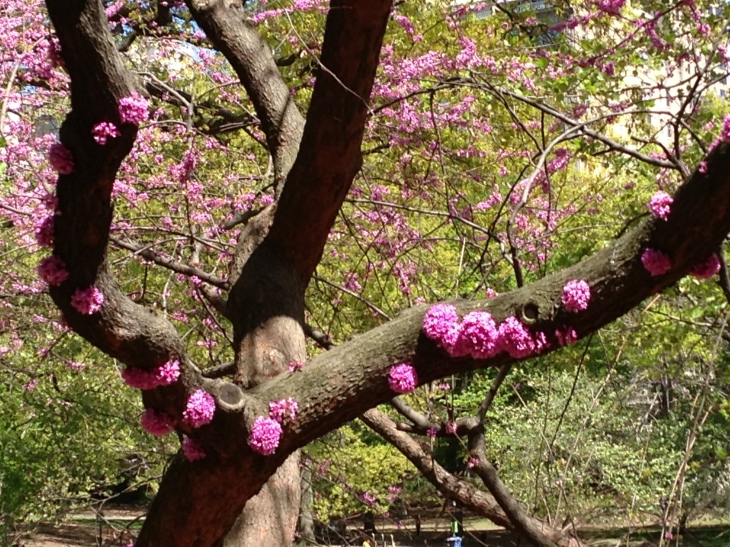 These turtles sunning themselves reminded me of Eloise’s pet turtle, Skiperdee, “who eats raisins and wears sneakers.” 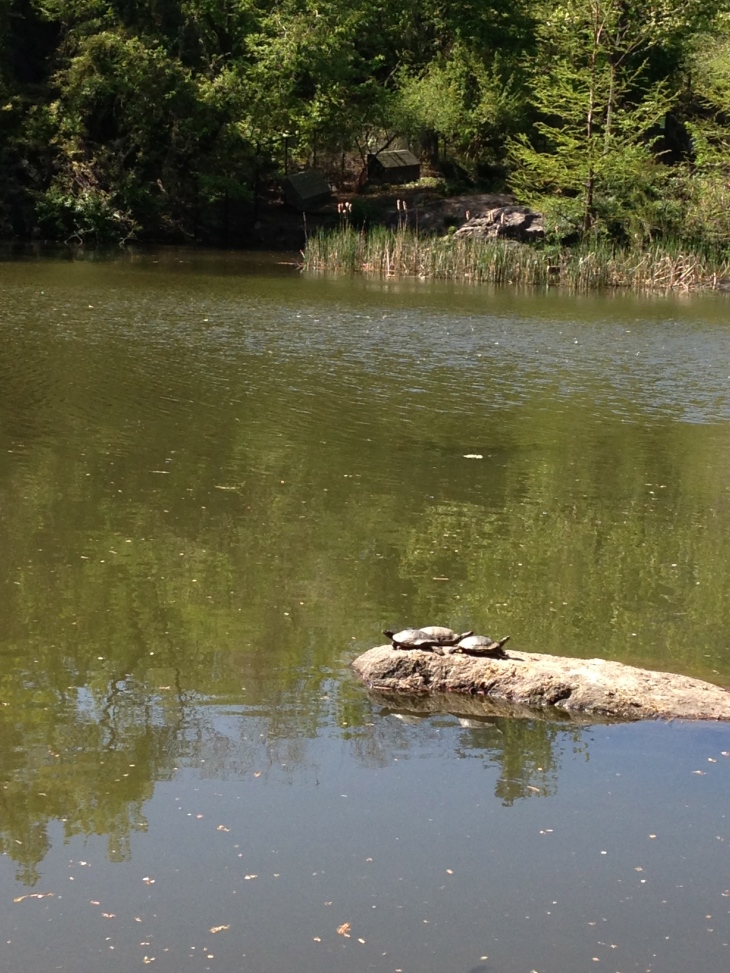 In fact, we ended up walking through the Plaza Hotel, home to Eloise in the books by Kay Thompson and illustrated by Hilary Knight.  Here’s Eloise’s portrait hanging in the lobby (with Skipperdee and Weenie the dog).

So, it was a grand day of revisiting favorite classic children’s literature: from Alice In Wonderland at the tea shop, and of course this statue in the park … 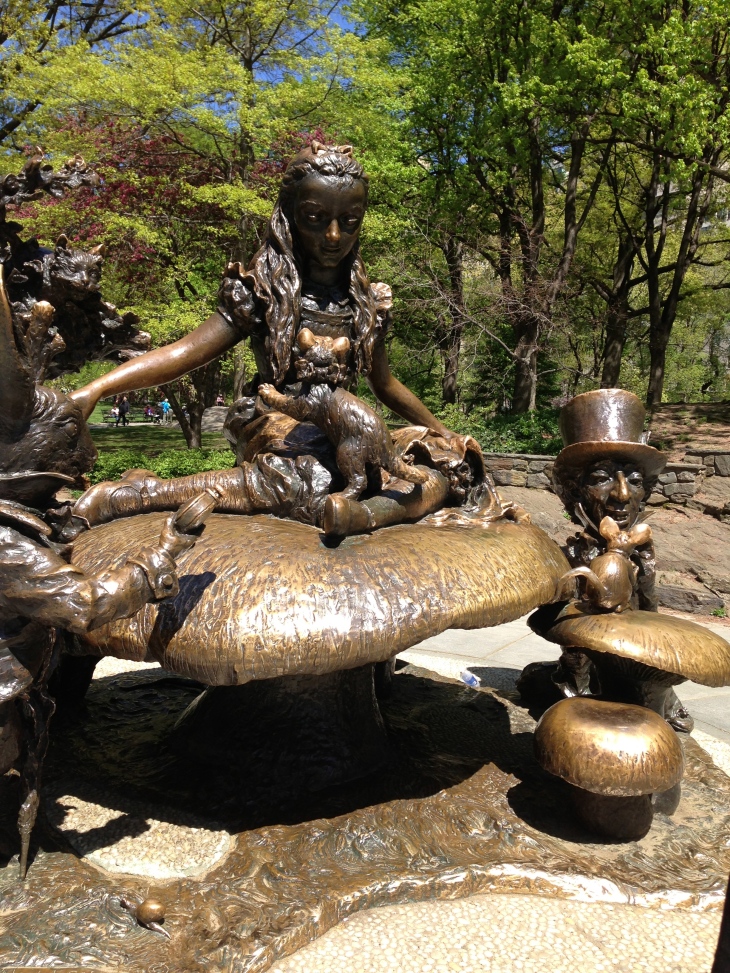 To Eloise, and to Stuart Little, who I could almost see racing that fine ship in the model sailboat pond. 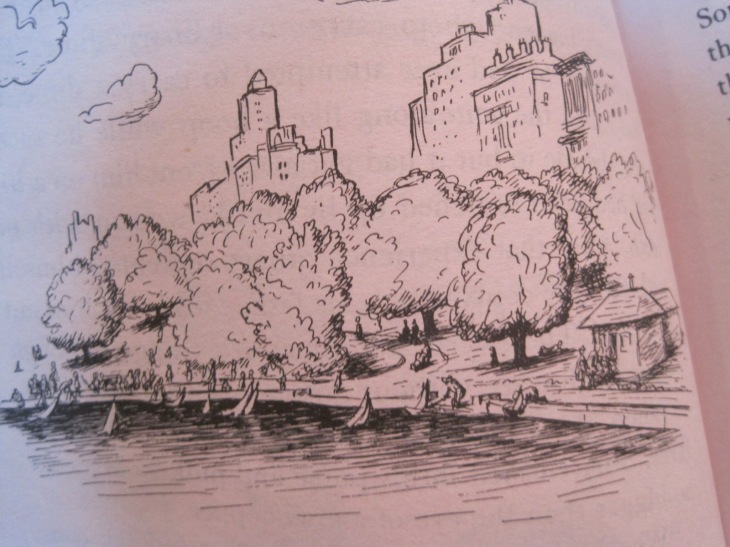 I had to revisit the wonderful combination of writing by E.B. White and illustrations by Garth Williams: “One morning when the wind was from the west, Stuart put on his sailor suit and his sailor hat, took his spyglass down from the shelf, and set out for a walk, full of the joy of life and the fear of dogs.”

At home again in the suburbs, I crashed back to reality as I faced a daunting amount of weeds.  Oh, so many weeds.  At one point, while clearing the small forest, I saw this.  Obviously it was left behind by one of the young boys next door … but could it be Stuart Little’s car, in which he traveled on his search for Margalo the bird?

This week I heard the John Lennon song “Imagine” played on the radio in a set devoted to Martin Luther King, Jr., in recognition of the 50th anniversary of his “I Have a Dream” speech.

“You may say I’m a dreamer/ But I’m not the only one.  I hope some day you will join us/ And the world will be as one.”

Is Margalo the bird in that cloud?  Magical.   For now, I’m getting back to work, down in the dirt, but I’m buoyed by warm memories, dreams, and imaginings.