Yesterday and today I tackled a job I never would have had the time and/or energy for during the frenzy of the holidays.  I grossly underestimated the difficulty (and also the grossness) of performing yesterday’s refrigerator clean.

Long ago, in a universe far, far away, I put a sheet of aluminum foil on the bottom of the drawer in which we store meats.  I’m trying to remember why I thought this was such a good idea.  Maybe because I tend to be squeamish about meat.

When I took everything out to clean yesterday, I realized the darned foil was almost fused to the plastic drawer.  I didn’t think there would be a way to get it off, so I put a layer of paper towel over it, and doused it with the super-hero of the cleaning world: white vinegar.

This morning I looked into our blindingly clean fridge, and the foil came off “like buttah.”  Hooray!

In the past, I would have wanted to postpone this task so that the refrigerator would be at its cleanest and clearest for company. The reality is, by the time company is about to arrive, I’m in putting-out-big-fires mode, and it wouldn’t qualify.  Just stuff more and more stuff into that fridge!

Today I also started the wheels in motion to reserve space for a private dining room where my mom lives for Thanksgiving and Christmas dinners, and started researching the timing and pricing of sending a package overseas to our son.  These are two things that have been nagging at me.  Instead of putting them off as usual, I’m being proactive.  Who am I?

It’s strange for me to begin tackling my holiday to-do list while it still looks like fall outside.  Up until just recently it was warm enough that I could sit at my computer with a window open next to me.  Late at night, a bird would always give off a screech that I found companionable, sometimes feeling as though we were the only two creatures awake in the dark world.

Last Friday I noticed that the leaves outside the window, which had been green and in abundance not long ago, had all turned yellow and fallen, except two:

And then there was one:

The rain and wind really picked up, buffeting the tree to and fro (yellow leaf in upper left):

I thought the leaf would be a goner, but it held on and the sky cleared (at this point I took down the screen and opened the window to snap the photo): 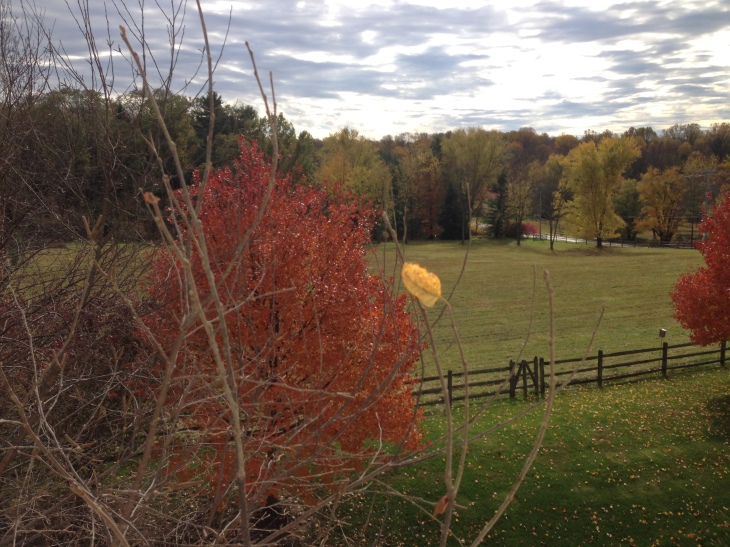 Excuse me for getting slightly obsessed with one leaf against the the changing sky and fall colors. 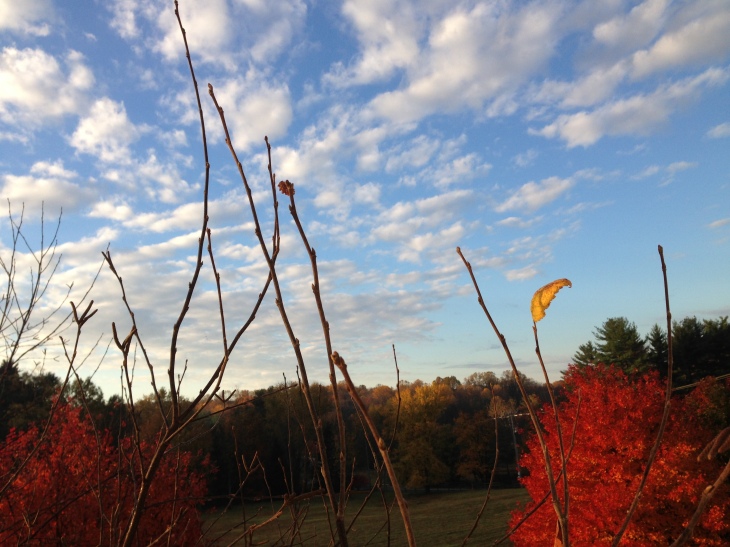 But, alas, one morning it was gone. 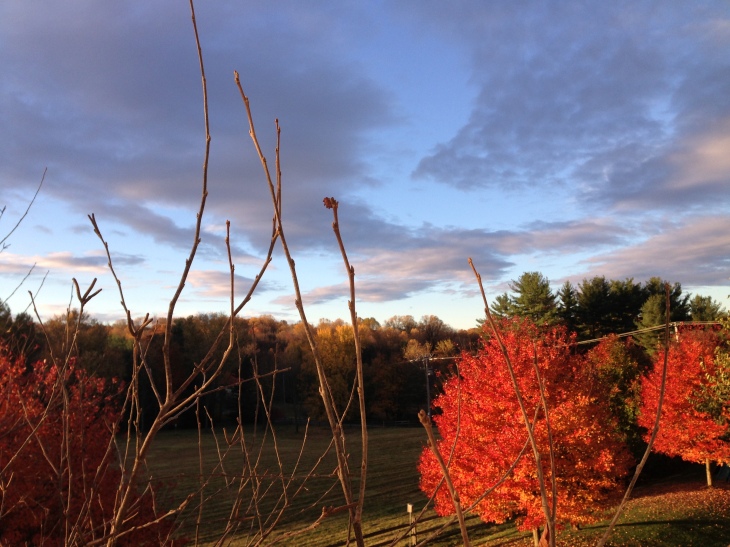