The box, below, was cleared out in a previous clump, but I recently filled it again in a quick-pick-up-and-stash when company was coming. Nature, and this metal mesh box, abhor/s a vacuum. 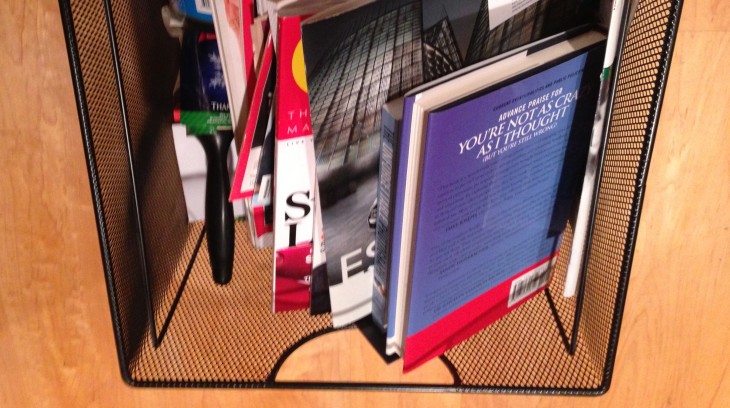 Comically ironic: two of the items in the pile were a magazine and a newspaper article on transforming clutter in one month!  The magazine article, though very seductive, was disappointing.  It offered a piece of advice for each of 30 days. Day 17 was De-Junk Drawers; Day 19: Paper Purge.  As if!  This was obviously written by an uber-organized person who has no idea what it’s like to struggle with massive clutter build-up.

The newspaper article, written by Lona O’Connor for The Philadelphia Inquirer, was much more useful.  For instance, she wrote, “The on-off switch.  Another component of those piles are matters you won’t make a decision about and therefore don’t handle.  (‘Well, I might go to that convention, so I’ll just hang on to these registration forms for a while.’) Stop.  Think.  Then either register for the convention or throw the darn paperwork out.  Most decision-making is as simple as an on-off switch — yes or no, stay or go — simple alternatives.  What makes it hard is you, adding all those irrelevant ‘maybes’ and ‘what-ifs.’  Make this your mantra: ‘On-off, yes-no, stay or go.’  At least half your decisions will suddenly become simple to make.  Paperwork follows decision-making.”

I said “Go” to most of the things in the box.  I also took the “yes or no” advice and signed up (right away!) for a class I had wanted to take last year at Longwood Gardens.  I had been too slow, not due to “maybes and what-ifs,” just garden variety procrastination.  The class, Fearless Watercolor, had been sold-out before I’d gotten to it.  But not this time.

When I was taking this photo, a woman nearby told me the flower was poisonous.  Seductive yet poisonous, like articles on how to get rid of clutter that become clutter. 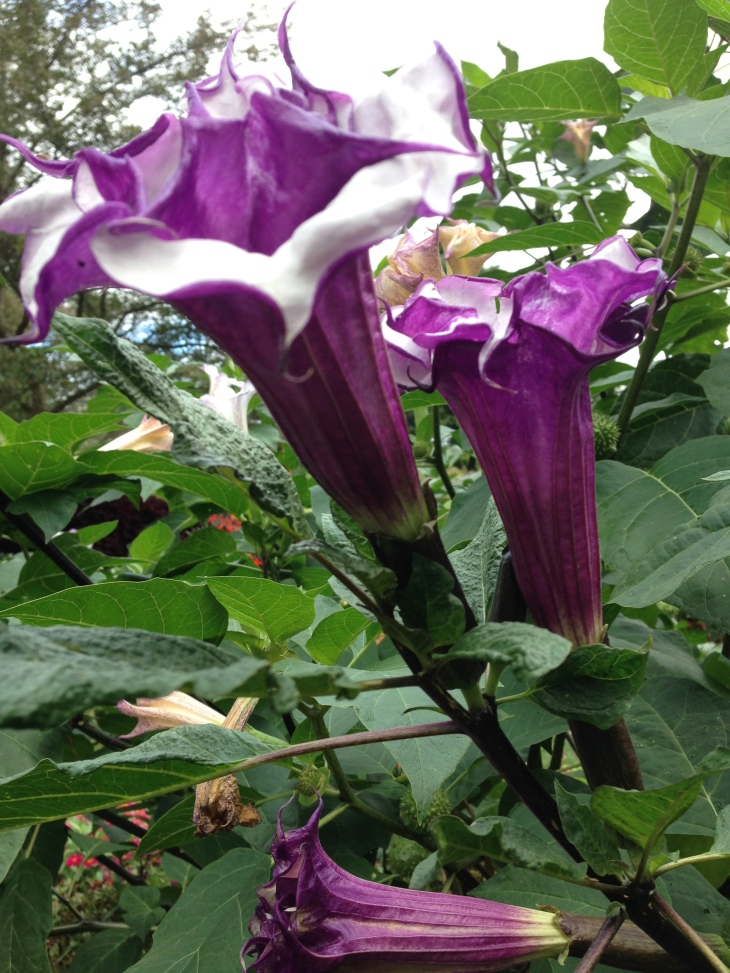