I thought I’d be further along by now.  I tried to get much of my holiday preparations finished in November, so the fact that I’m still at it this late in December is discouraging.  One danger of starting early — but not finishing early — is that I’ve had holiday-to-do-list thoughts clouding my head for too long.  I’m hoping to get to the post office tomorrow.  I checked the USPS website, and it looks like Friday is the last day to send domestic mail, First Class, to arrive by the 24th, after which the level of priority and price go up.

I had bought these candles, below, at a holiday open house in November.  The lady who sold them to me said she bought them for everyone she knew last Christmas.  Something special that someone might not buy for themselves and can be used up, not adding too much to the gift recipient’s clutter.  The beeswax candles on the left made someone very happy today, which made me happy.  Getting to the good part!

One other holly-jolly happening was the arrival of my younger daughter, home from school.  We watched the movie How the Grinch Stole Christmas together.  One of the all-time greats. 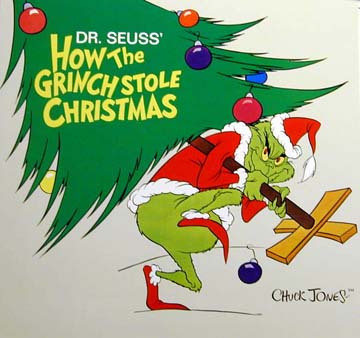 And the perfect cure for creeping grinchiness. 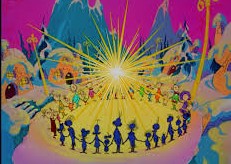 We even watched the special features and learned that Dr. Seuss’s mother had wanted him to become a doctor, so when he chose a pen name he used Dr. and his mother’s maiden name, Seuss.  He was voted “Least Likely to Succeed” by his classmates, because, “How could he make a living doodling?”  There was some speculation that he was the Grinch; he lived in a house at the top of a tall hill and looked down at La Jolla, CA. 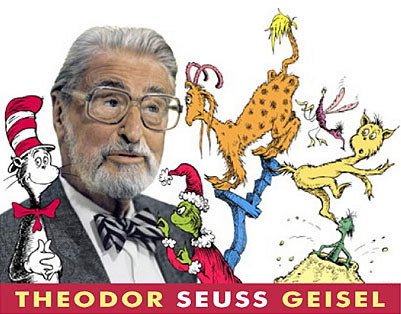 Christmas comes whether you are ready or not.  I still haven’t found a way to reconcile the true meaning of Christmas with the real-life crush of too much to do/buy/clean/bake/send … 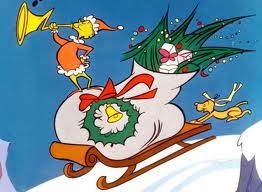