The second box of books included 33 titles.  I have a dream that one day this basket will be used for laundry again: 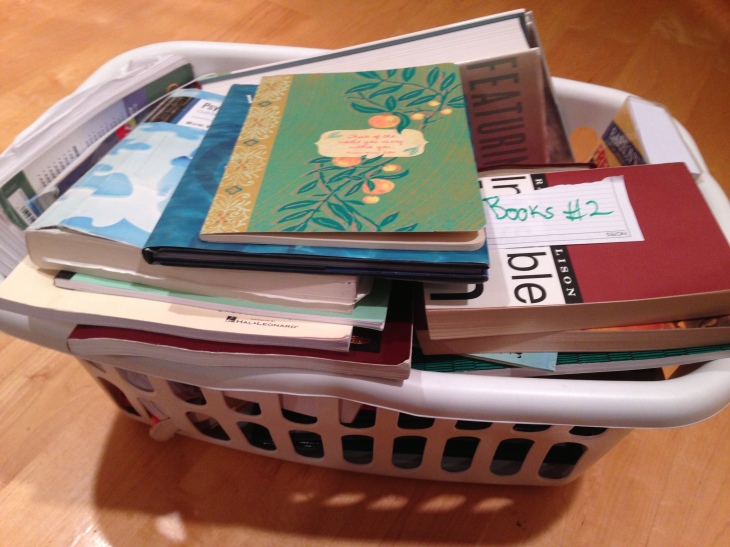 The journal on top has the quote below on its cover.  Pretty nice to consider while assessing a load of books; we tend to look outside ourselves for wisdom. 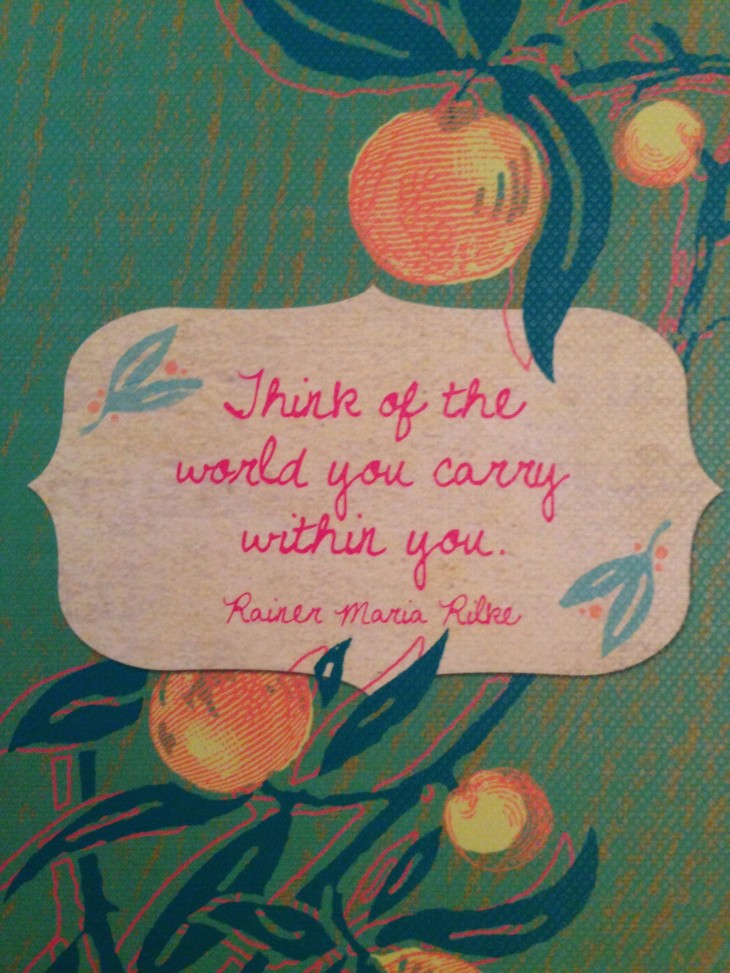 On another note, I’ve mentioned a few times my guilty pleasure of watching The Voice.  Last night my fellow Voice enthusiast neighbor and I went to see former contestant Matthew Schuler perform locally.  He was known as having the fastest four-chair-turn in the history of the show, and his rendition of the song “Hallelujah” made it to the top of the iTunes charts.  The photo below was taken when he sang “Hallelujah” at the show.  Amazing!

Such a fine young man, and great to hear that his experience on the show was positive.  I even got to talk to his parents who were manning the merch table.  I knew them, too, from the show.  They are both ministers and were super nice.  I asked his mother how she handled the experience of her son going through the incredible ride of the show. Her answer was, “I just said, God, have your way … cover him.”  The concert benefited The Peacemaker Center, a non-profit mental health counseling organization.  Bravo Matthew! 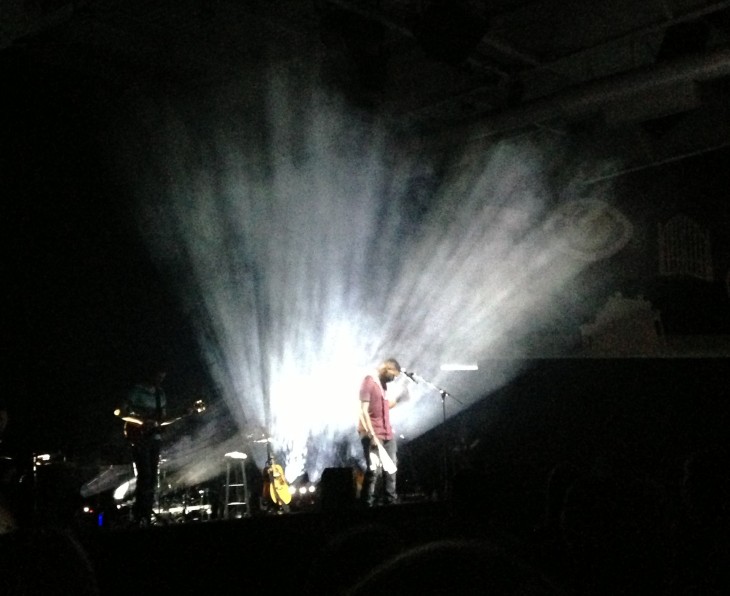 And today I passed a chorus of crocuses on my way to my mom’s. 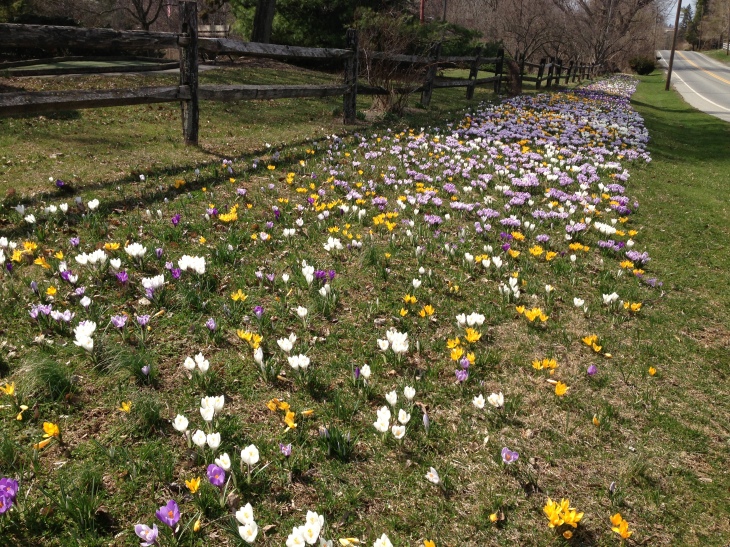 It was difficult to adequately capture how gorgeous they were. 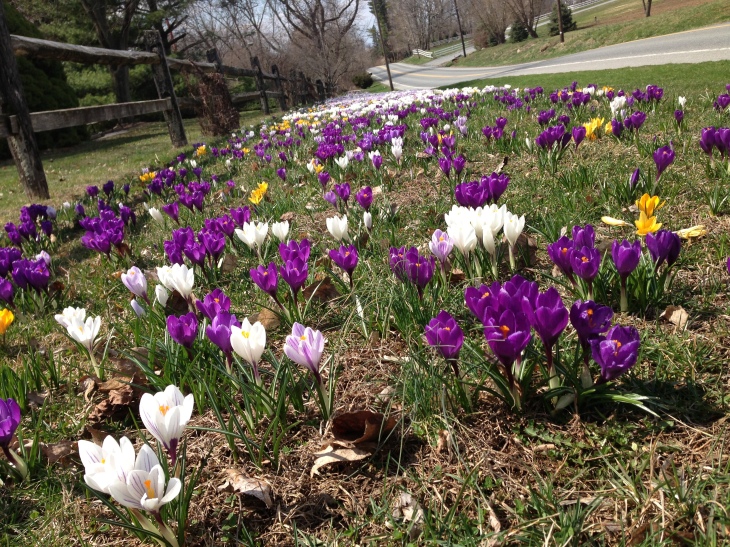 Each little grouping was more beautiful than the next. 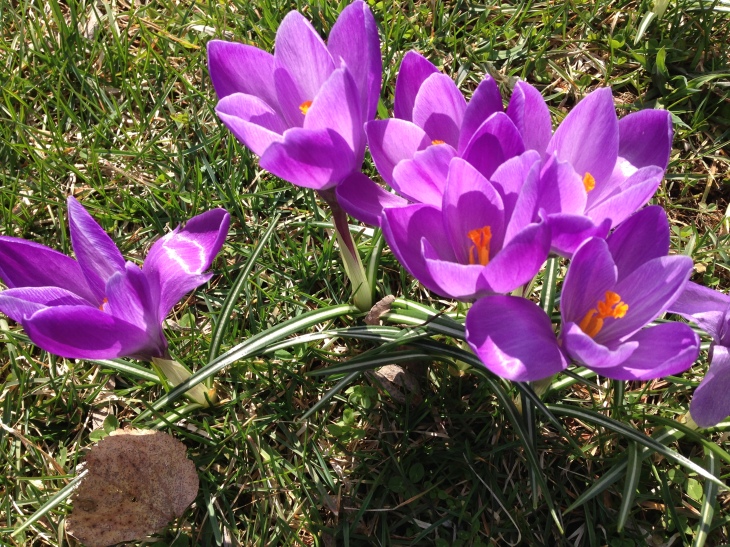 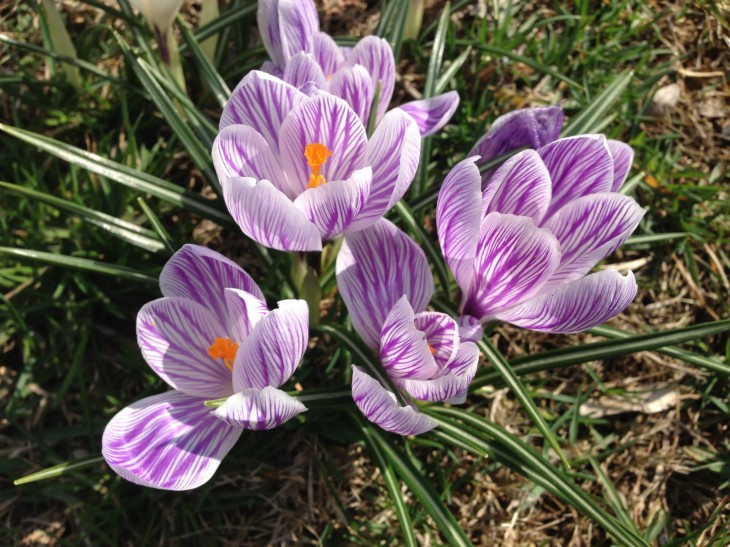