Clump #215:  Clear off batteries and magazine pile from tabletop. 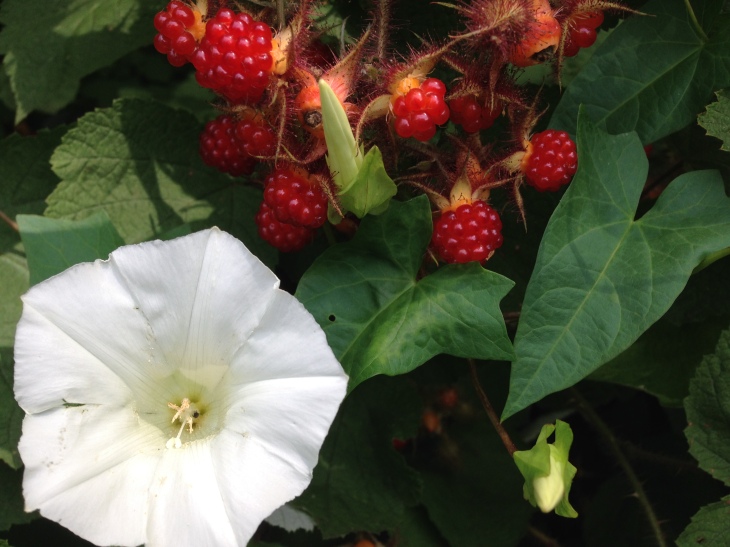 To be perfectly honest, I was working on another clump today that really stumped me.  Stumped by a clump.  So these were done quickly to keep the momentum going.  A bag of batteries of unknown origin.  I’ll find out whether the Goodwill takes batteries, since there are too many of a kind we don’t often use.  Did we go crazy preparing for the power outages this past winter? 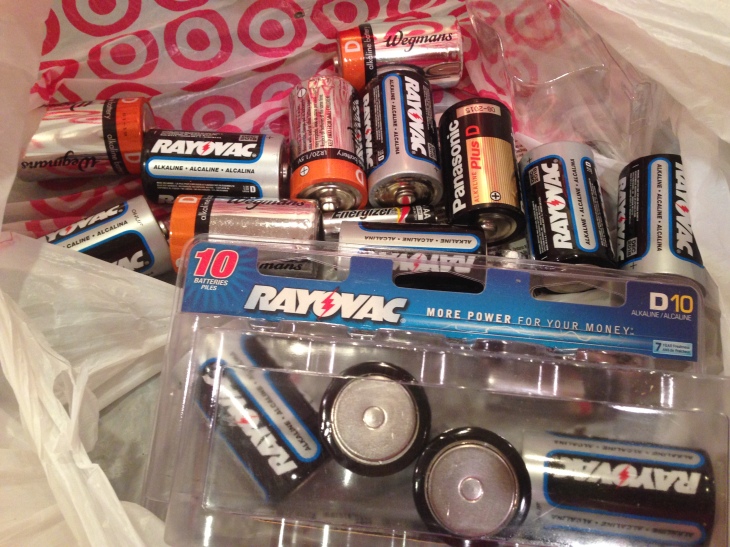 Recycle this pile of magazines.

With all that’s been said about Robin Williams after the shock of his recent death, I find myself thinking of our late hairdresser, Cindy.  She was never late, but a few years ago she died of lung cancer.  One of the things that defined her was her love of Robin Williams.  I’m sure it was mentioned at her funeral.  Cindy went above and beyond the call of duty for our family, from styling theatrical hair styles and wigs for a theatrical daughter (no charge), to finding the impossible-to-get beanie babies for us, using her network of client-informants.  What a gem. 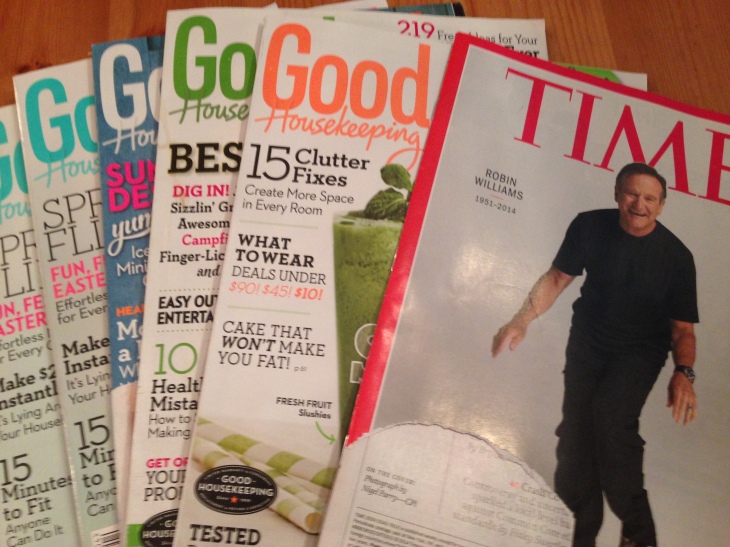 It makes me feel a little better to imagine Cindy and Robin in a realm where labels of hairdresser and celebrity are meaningless.  And both of them recognizing their mutual greatness, but especially Robin starstruck over Cindy.