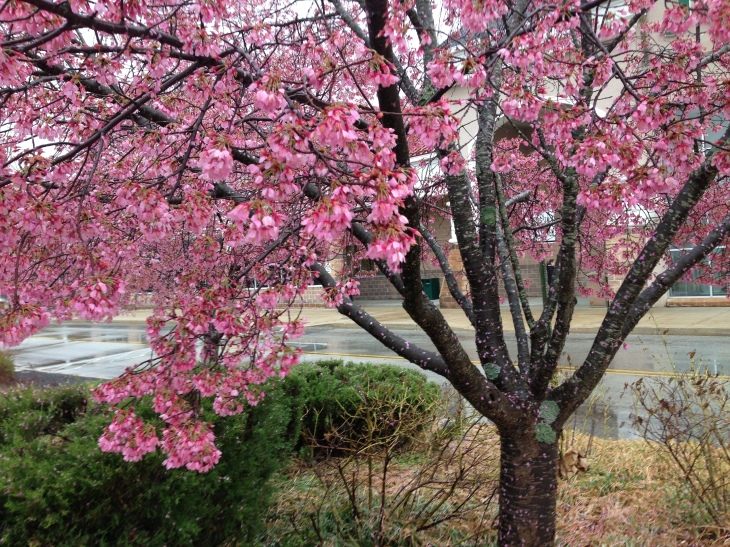 Today I took a break from the clumps in our son’s bedroom.  With all the paper purging I’ve been doing, we’ve had a casualty.  Our shredder went kaput and couldn’t be revived.  May I have a moment of silence for this fallen soldier in our battle against clutter?  The drops on its top are rain, not tears. 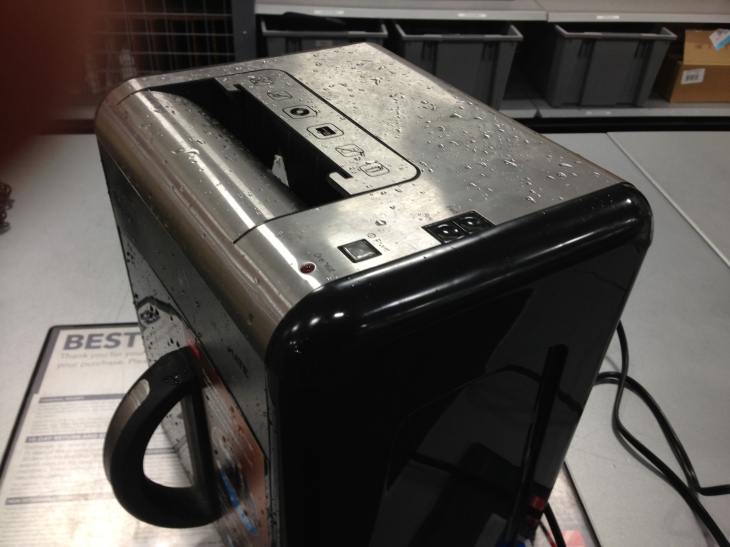 I also deposited some unwanted CDs and a cord.  This was a big day for Best Buy.  I actually bought something there: a new shredder. 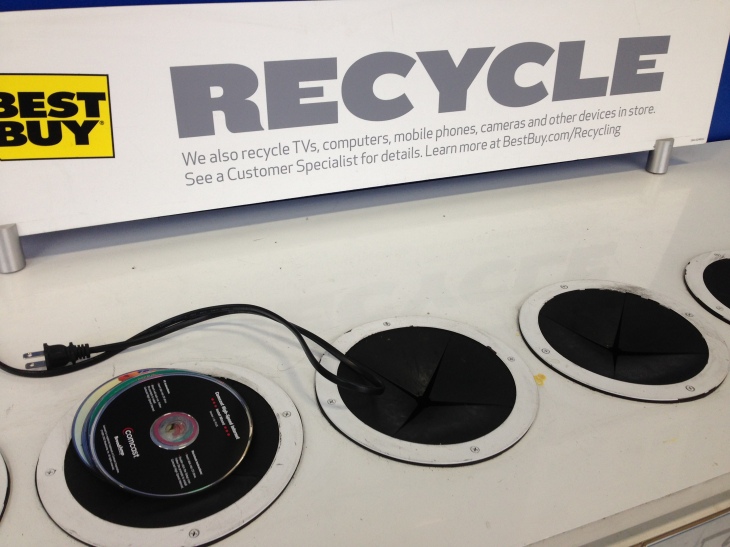 Then I took the picture below to another shop to get a new frame.  It’s a lovely old photo of two dear family members.  My husband was the photographer many years ago. 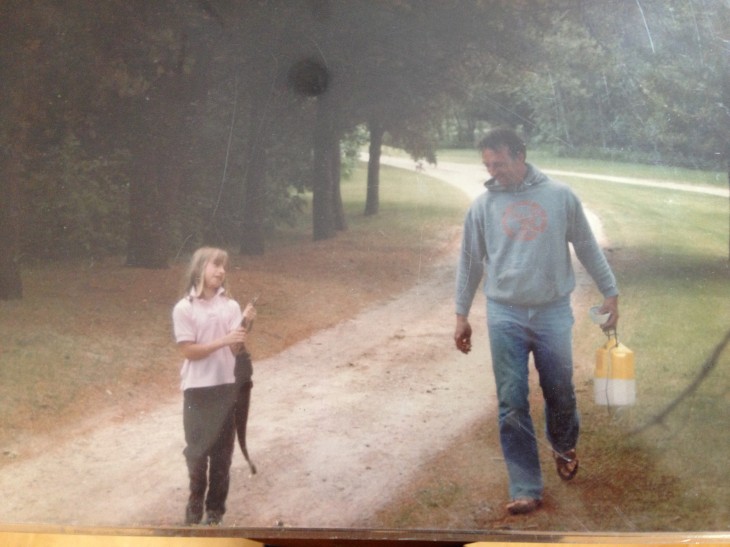 The cheap, plastic frame had a cardboard backing that obviously had suffered some water damage. Disgraceful!  It was in the box I recently decluttered.  Now to take care of it … honor it, or let it go. 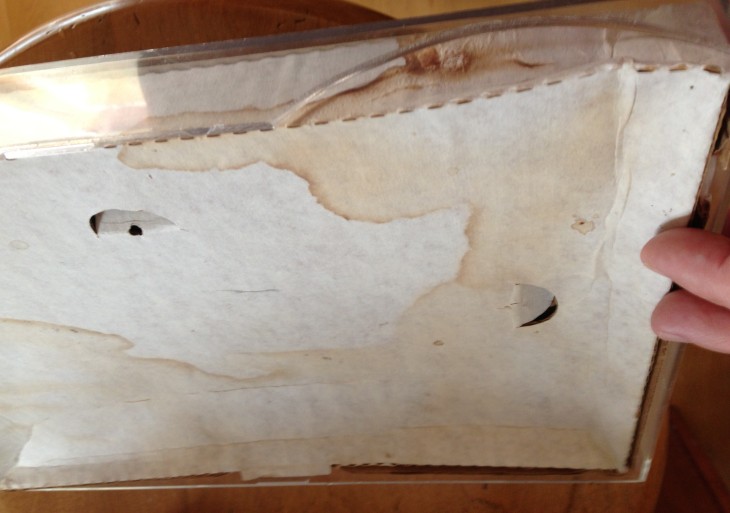 I found a relatively inexpensive ready-made frame that did the trick. Wow!  How much clearer it is through glass instead of ancient plastic!   The “after” picture was difficult to photograph without my reflection looking like a guardian angel hovering over the scene.  Trust me, it looks even better in person. 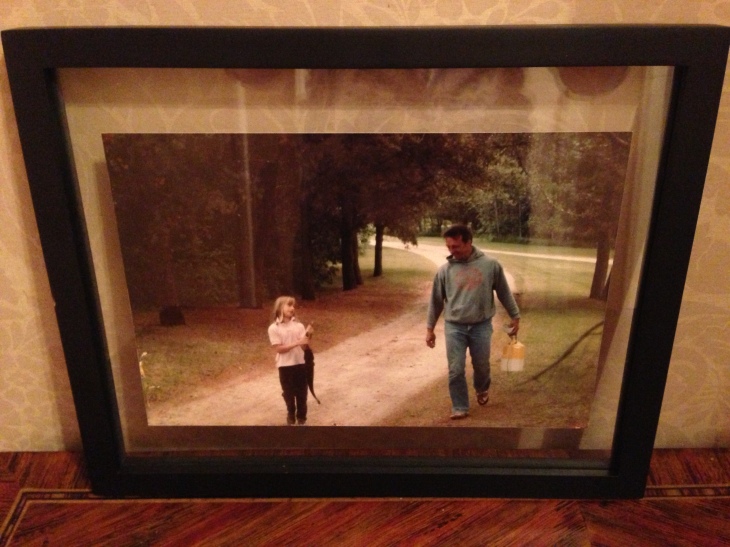 Ah, the man in the photo was our wonderful, late brother-in-law.  He was fond of simple jokes that would be groaners if not for his excellent presentation and gravitas.  One was: “What did the snail say while riding on the turtle’s back?   … Wheeee!”  He always pronounced the “h” in Wheee.

The sidewalk to the shop was carpeted in confetti-like pink petals from the tree pictured above. 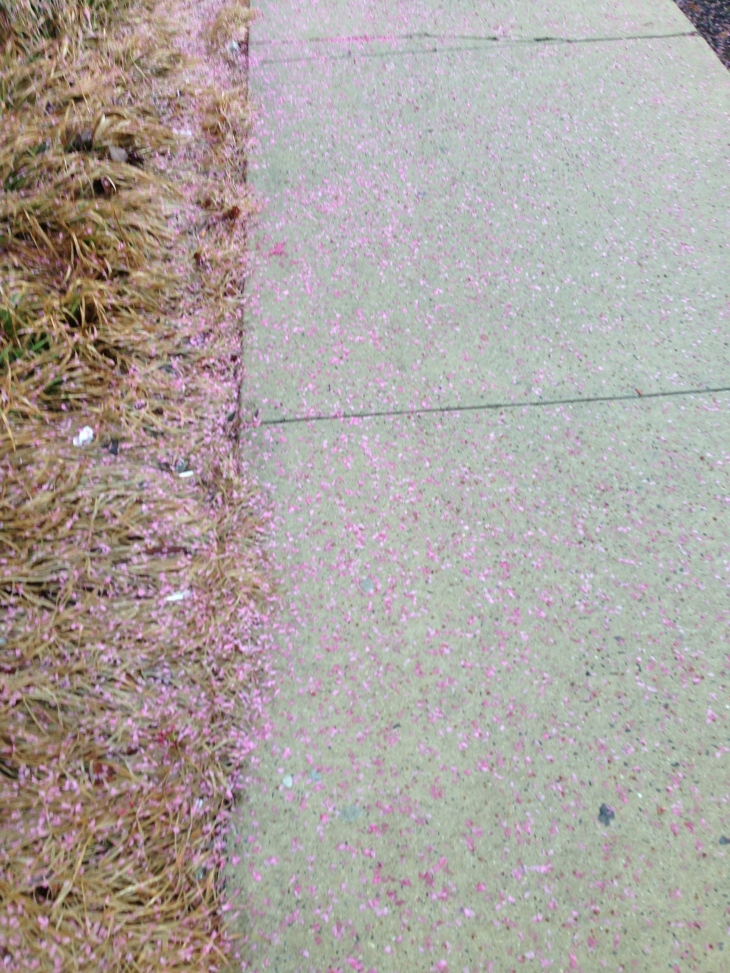 There is something so wonderful about pink in the natural world.  It’s the color of cotton candy, tutus … Barbie’s favorite color … it’s an almost frivolous hue … 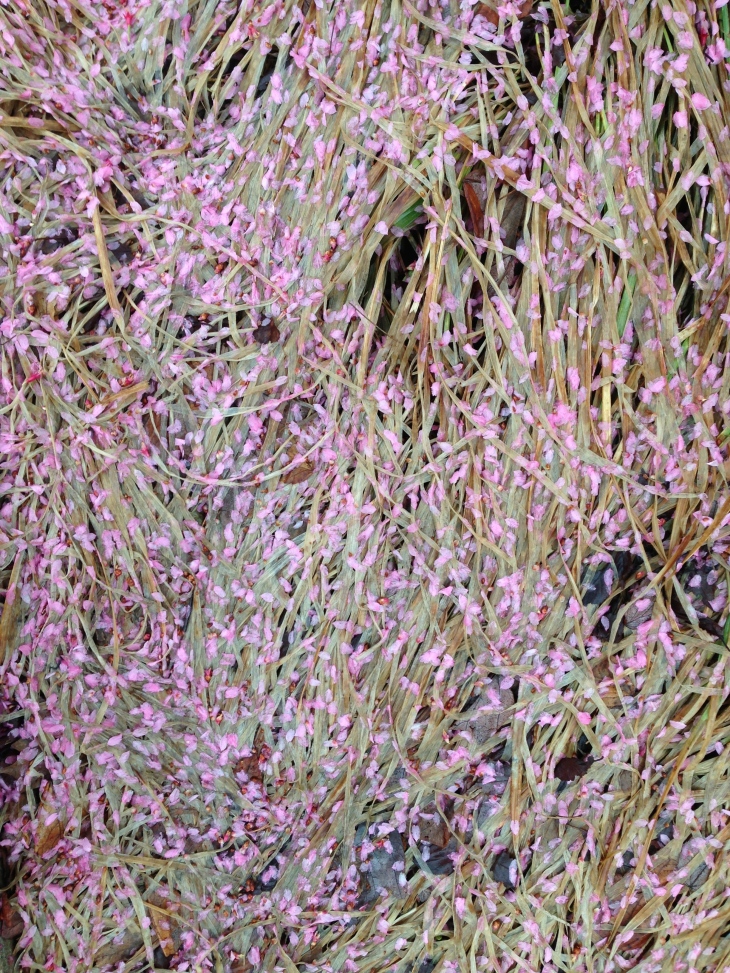 But it’s also magical.  Like a silly joke.  It brought delight to hum-drum errands on a dreary day.